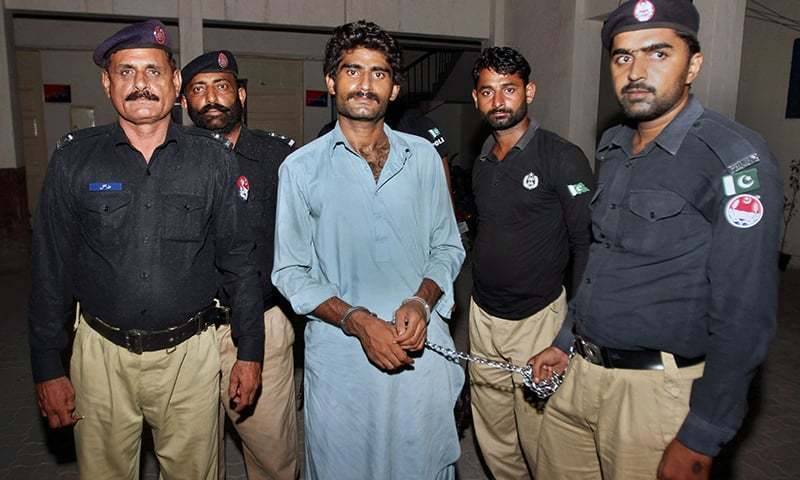 In his petition, Wasim stated that the police implicated him in the case with malafide intention, pleading that the case would also take a long time to wind up, so keeping him in jail till the decision of the case was unjustified.

“The recording of statements of witnesses is at its initial stage and as per some decisions of the superior courts, I’m entitled to bail as the police did not make recovery from me,” Wasim argued.

According to him, other accused in the case had been released on bail while his parents, who were the complainants in the case, had also submitted their affidavit in the court that they had no objection over his bail.

During the crucial hearing of the case, the prosecutors contended that the hearing of the case has been adjourned maximum times on the request of the defence counsels (Wasim's lawyer) so the complainant side was not responsible for any delay in the decision of the case.

'The accused in his statement, recorded before the area magistrate under section 164, admitted his crime while results of the DNA and forensic reports also confirmed his involvement in the murder,' argued the prosecutor.

Information Minister, Fawad Ch also called upon the Punjab government to take up the case and pursue it properly, branding the case as 'Fasad'.

Such cases must be treated as #Fasad-Fil-Arz in the interest of Public, Court must reject such compromises and proceed under the law, I call upon Punjb Govt to take full ownership of the case, accused must be punished pic.twitter.com/2Klp11NvJS

The celebrity, hailing from Multan, uploaded her pictures on special occasions and also captured selfies alongside Mufti Abdul Qavi as she met him at a hotel.

When she became a well-known figure on social media, her family members disparaged her digital activities and on July 16, 2016, she was found murdered in her rented house in Multan. Her father alleged that she was killed by her younger brother, Waseem, in the name of honour.

Waseem, who had allegedly fled from the scene, later surrendered himself and confessed to killing his sister.