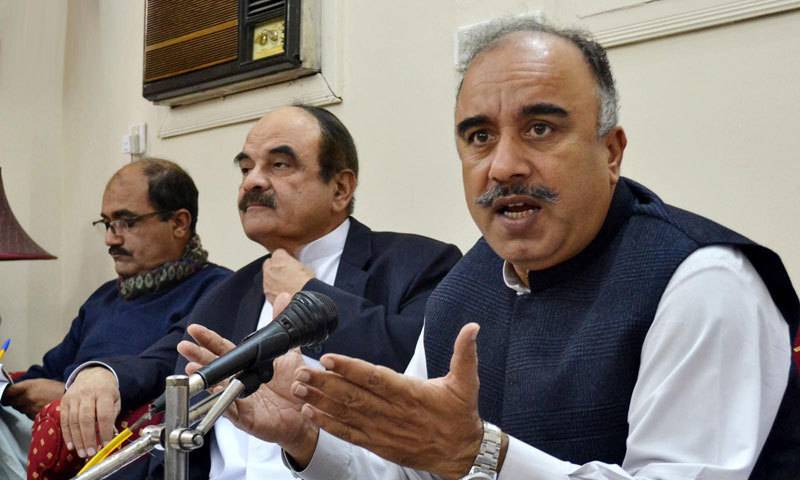 PESHAWAR - Flouting the abhorrence for dynastic politics, the ruling Pakistan Tehreek-e-Insaf (PTI) has awarded party ticket to the brother of Khyber Pakhtunkhwa Governor, Shah Farman to contest the by-election for the provincial assembly constituency PK-71.

Governor's brother Zulfiqar Khan confirmed on Friday that the party had issued the ticket to him for the by-polls scheduled on October 14th. Party's provincial President of the Youth Wing, Sher Ali Afridi had also applied for the party ticket but the decision was made in favour of Farman's brother.

PK-71 was vacated by Shah Farman who had won the seat in the July 25 general election by securing 17388 votes against Sifatullah of the Pakistan Muslim League-Nawaz who clinched polled 9,202 votes.

Shah Farman had contested election from two provincial assembly seats, PK-70 and PK-71 located in rural Peshawar. He was initially declared winner from both the seats in the unofficial results, but later his opponent, Awami National Party (ANP)'s Khushdil Khan, sought recounting and was declared a winner on PK-70.

PESHAWAR - Pakistan Tehreek-e-Insaf suffered a blow on Thursday when one of its central leaders Shah Farman lost to ...

Though PTI disparaged the dynastic politics before assuming power, it is making decisions against the very standards set by the party.

Defence Minister Pervez Khattak has fielded his brother Liaqat Khattak and son Ibrahim Khattak to contest the by-elections on PK-61 and PK-64 constituency in Nowshera; Khattak had won both the seats in the July 25 polls.

Moreover, National Assembly Speaker Asad Qaiser has fielded his brother Aqibullah to contest the by-polls on the provincial assembly seat vacated by him in Swabi.

Aqibullah had also won the by-polls held on a seat vacated by Asad Qaiser after winning it in the 2013 general election.

Former provincial minister Ali Amin Gandapur has also secured party ticket for his brother Faisal Amin to contest the by-election on the KP Assembly seat, PK-97 Dera Ismail Khan, despite tall claims made by the party chief, Imran Khan about promoting merit in the party.