FM Shah Mehmood urges US not to lose 'old friends' 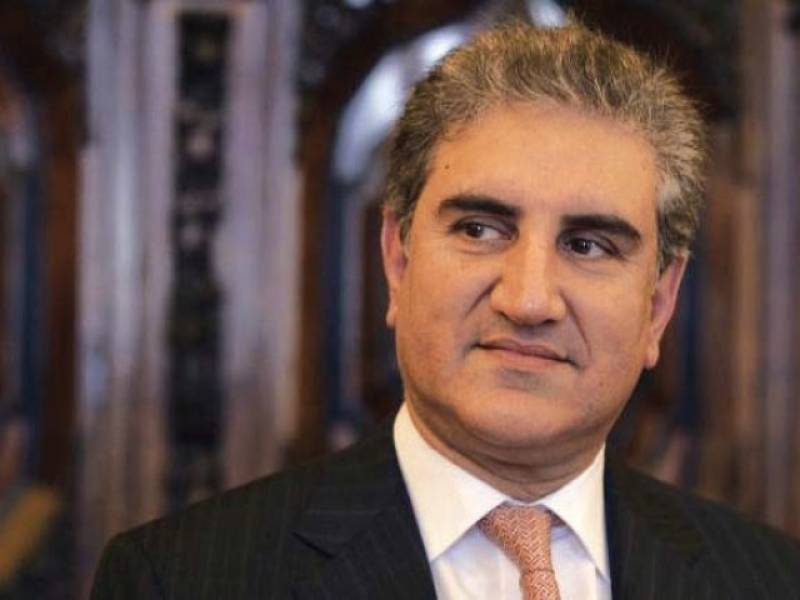 NEW YORK - Foreign Minister Shah Mahmood Qureshi Friday said that Pakistan was trying to reconnect with the United States, its old ally, as Washington's priorities had changed in the region where it had forged a strategic relationship with India.

"You can have new friends, but why to lose old friends," he posed the question at a large gathering of American academics, analysts, international affairs students, and journalists at Asia Society in New York.

The foreign minister said Pakistan wanted peace in the region, but on the other hand, India was trying to escape from a dialogue.

The US, he added, could play a role in resolving the outstanding disputes between India and Pakistan.

Qureshi also said Pakistan wanted to play a positive role in Afghanistan, but that Afghanistan was not the only responsibility of it.

Responding to question about the state of US-Pakistan relations, he said, "I'm here to reconnect."

Qureshi said he was meeting US Secretary of State Michael Pompeo in Washington on October 2, pointing out that the decision to hold these follow-up talks was taken during the US top diplomat's visit to Islamabad earlier this month.

During Pompeo's visit to Pakistan, he said there was a good exchange of views between the two sides on matters of mutual concern.

Pompeo interacted with the country's civil and military leadership and found them on the same page.

Noting that US priorities had changed and that it had a new friend in the region -- India, he said, adding "But please understand the value of long-standing friendship with Pakistan."

"Pakistan and the US can't do without each other. Have new ones but why loose old friends?," the minister added.

"We need to see how to manage this new relationship [with the US] and expectations," he said adding that the Trump administration had the right to choose new partners.

Qureshi stressed the need for strengthening bilateral relations between the two countries, and not just connect with each other over Afghanistan. Currently, he remarked, adding "The road to Washington is via Kabul."

The foreign minister discussed at length Pakistan's relations with its neighbours, Afghanistan and India, ties with the US, and the country's relationship with China, as well as its role in President Xi Jinping's Belt and Road Initiative.

"Today India is their strategic partners. But let me remind you that whenever US stood with Pakistan, it benefitted," he added, referring to the Cold War era and Pakistan's vital contribution in defeating the Soviet Union in Afghanistan and also standing with Washington in the wake of the 9/11 terrorist attacks.

Qureshi, however, expressed concerns that the Taliban were regaining a foothold in Afghanistan.

He said Pakistan had lost the most in the war against terrorism. "We've lost over 70,000 lives for this cause," he added.

In response to a question about maintaining a balance while keep strong bilateral ties with the US and China, Qureshi said China understood the history of Pakistan's relationship with the US and had no issues regarding this.

Commenting on the Pakistan-India ties, he said he was disappointed by India's reaction to the peace gestures from Prime Minister Imran Khan.

Qureshi, however, stressed that Pakistan was still ready for talks. "Whenever you're ready, Pakistan will not shy away."

The foreign minister said an honest and candid approach would be adopted by the new government of Imran Khan when it came to the ties with Afghanistan. The civil and military leadership of Pakistan, he said, was on the same page to address all issues concerning the nation after a long time.

"However, we'll be careful before committing [to the US administration] because disappointments come when promises are not met," he stated.

"Pakistan desires peace in Afghanistan … it is in our national interest."

To a question, the foreign minister maintained that the Indian leadership was reluctant to engage in dialogue with Pakistan due to domestic politics and upcoming general elections in the country.

He said the newly-elected government of Pakistan Thereek-e-Insaf (PTI) was voted to power for bringing change and for revising policies and looking at things differently.

Qureshi said the Pakistani society comprised 65% of youth, a large middle-class, and a sizeable business community, most of them settled in the US, UK and other western countries.

He said the overseas Pakistanis, who had experienced democratic norms in countries, they were settled in, wanted the same thing back home.

"Prime Minister Imran Khan has rekindled the hope in youth. They have pinned hopes in the PTI government. People want honest leadership and institutional rebuilding and want to see an end to the dynastic politics," he added.

The event was moderated by Vali Nasr, a former State Department official and currently a professor at John Hopkins University.