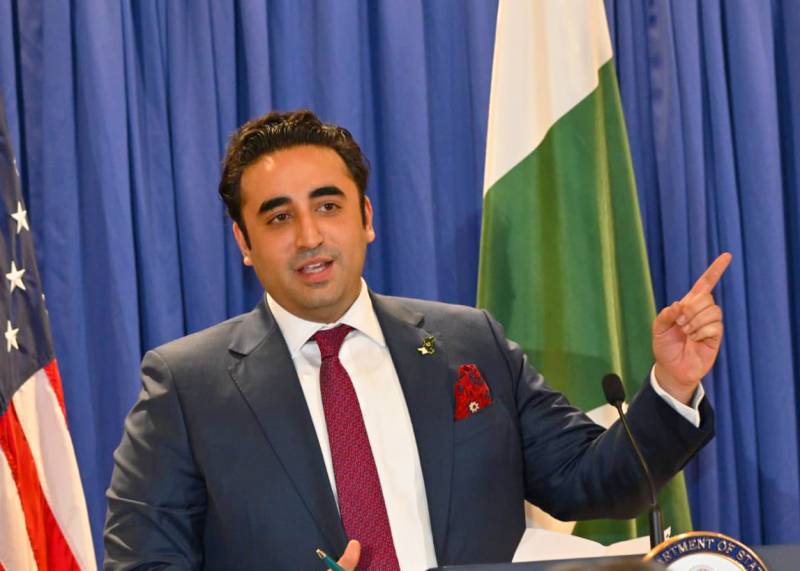 WASHINGTON – Pakistan’s Foreign Minister Bilawal Bhutto Zardari has called on Afghan Taliban to persuade the outlawed Tehreek-e-Taliban Pakistan (TTP) and other militant groups into shunning their activities for regional peace.

Addressing at US Institute of Peace in US capital, the minister addressed the issue as militants continued attacking Pakistan security forces across the border.

Tehreek-e-Taliban Pakistan has found a sanctuary in neighboring Afghanistan, Bilawal said, urging Afghan rulers to use their influence on terror groups so they accepts the constitution and disarm.

Taliban spokesperson earlier mentioned that territory of Afghanistan will not be used against any other country nor does any armed group currently have a presence in Afghanistan.

Kabul rejected the claims, despite that’s a clerics delegation meet with representatives of the extremist group in the Afghan capital.

Islamabad also penned a letter to the Afghan government about the presence of Jaish-e-Mohammad (JeM) chief Maulana Masood Azhar in Afghanistan, asking Taliban to hand him over to Pakistan.

Earlier this month, TTP ended another ceasefire with the Pakistani government, accusing Islamabad of breaching the Afghan Taliban-brokered accord.

The terror outfit announced ending the ceasefire by claiming responsibility for three attacks on law enforcers in flood-hit Khyber-Pakhtunkhwa.

This time, the armed group accused the Pakistani side of making no efforts to make the negotiations successful including the non-release of prisoners, military operations, and lack of communication.

ISLAMABAD/KABUL – Tensions are running high on the Pakistan-Afghanistan border after clashes in the Dand Patan ...

TTP is known for the heinous attack on Army Public school in Peshawar, in which more than 140 people were martyred, mostly school-going children.

The attacks from the banned organization earlier dropped after Pakistan Army conducted military operation in 2014 that pushed the militants out of North Waziristan district; however, attacks were continued to take place after the Afghan Taliban seize Kabul.

Earlier this year, dozens of Pakistani soldiers were martyred in a series of cross-border attacks. Some of the attacks filmed by the TTP showed the terrorists using high-end weapons.