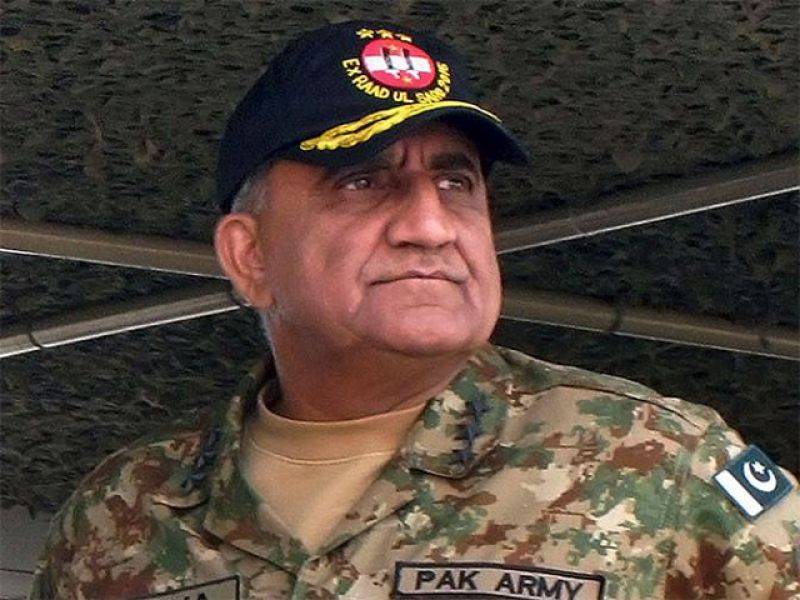 RAWALPINDI - Chief of Army Staff (COAS) General Qamar Javed Bajwa on Sunday visited the Line of Control (LoC) in Haji Pir Sector of Azad Jammu and Kashmir and reiterated that Pakistan will always stand by Kashmiris in their struggle for the right of self-determination.

According to ISPR, the media wing of Pakistan Army, the Army chief was briefed about Cease Fire Violations (CFVs) and operational readiness of the formation. The COAS appreciated the operational preparedness and high morale of troops.

Army Chief said Kashmiris have a right to live without fear and repression. He said the violence done by Indian Forces in Occupied Kashmir is state-sponsored terrorism by all definitions.

General Qamar Javed Bajwa said, "This violence riles up our passions as the people of Pakistan cannot remain indifferent to the barbaric treatment meted out to defenceless Kashmiris including women and children".
Earlier, upon his arrival, COAS was received by Commander Rawalpindi Corps Lt Gen Nadeem Raza and General Officer Commanding Murree.