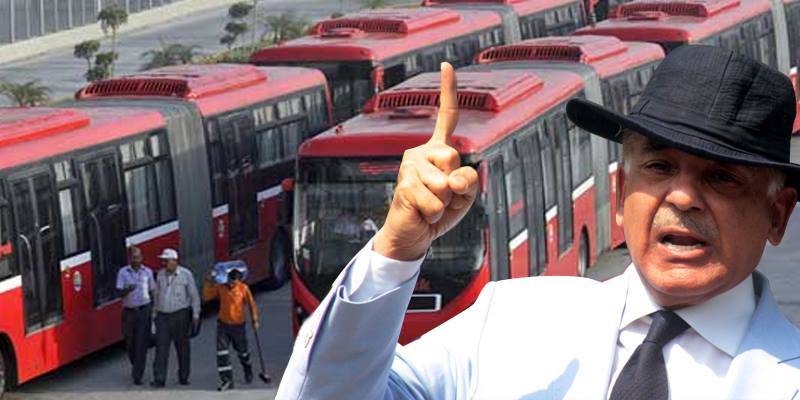 Vowing to clear all misunderstandings, the PML-N leader offered the nation to hold him accountable “even if misappropriation of a single penny is proven”.

Shehbaz, who lashed out at the TV channel during a press conference on Wednesday, warned the ‘conspirators’ to present evidence of corruption in the multi-billion project or face the music.

He countered the claims by saying that those levelling such allegations were the ones who have themselves taken over lands worth billions of rupees.

"It is alleged that Rs3 billion was taken as kickback for the Multan metro bus project," Shehbaz said while allowing that his body “should be taken out of grave and hung on a pole if a corruption claim against him is proven even after his death.”

According to a media report last week, the Sharif family allegedly transferred funds received as kickbacks in the construction of Multan Metro Bus project.

The Chinese Securities and Regulatory Authority (CSRA) has launched an investigation into the funds transferred by the Chinese firm working on the project which showed them as profits gained from the project.

The report further stated that Shehbaz Sharif and PML-N Leader Mushahidullah provided documents to the Chinese firm, which was allotted the contract to construct the Multan Bus Rapid Transit (BRT) by the Capital Engineering and Construction Ltd. But, according to the media report, this firm is not even registered with the SECP and the address provided does not even exist.

The funds were allegedly transferred from Dubai, Mauritius and other locations, the report added.

Referring to the content televised by the private TV channel, Shehbaz asked whether it has ever named the land mafia or those who have had loans waived off. "Those sucking the blood of the poor and getting loans waived off on political grounds are a mafia."