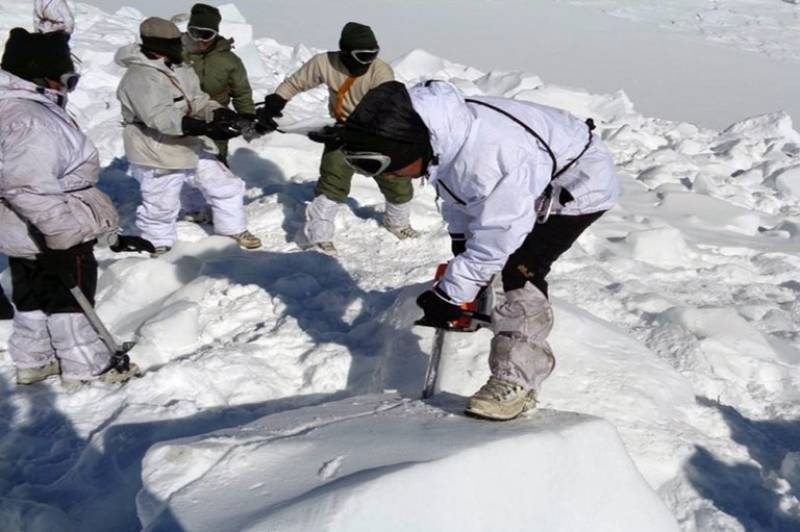 SAKARDU -  At least five Jawans of Pakistan Army went missing after having been hit by an avalanche  in Siachen Sector.
Rescue operation is underway for their search by locals and contingents of army as well; however, no information about martyrdom or their being injured  has been received as yet, reports local media on Satursday.

Avalanches and landslides are common at the Siachen Glacier during the winter and temperatures there can drop as low as minus 60 degrees Celsius.

An estimated 8,000 troops have died on the glacier since 1984, almost all of them from avalanches, landslides, frostbite, altitude sickness or heart failure rather than combat.

At least 135 people, including 124 servicemen and 11 civilians, went missing in 2012 after an avalanche hit them at Gayari sector near Siachen Glacier.