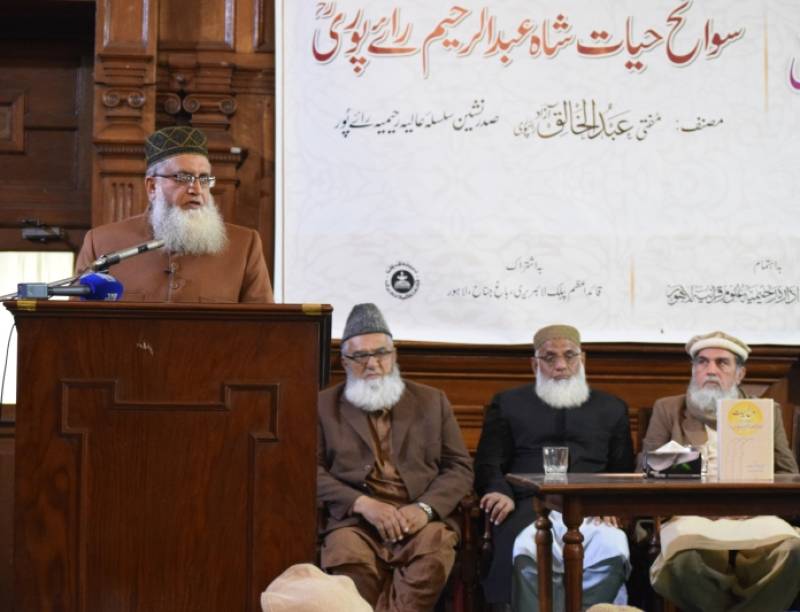 The writer of the book, Mufti Abdul Khaliq Azad, who is also director general of Raheemia Institute of Quranic Sciences, said that there was need to spread a message of unity instead of putting focus on sectarianism.

He added that Pakistani youth must be given knowledge about their ancestors, who fought for freedom. "Respectable nations remember their elders who struggled for them to get a separate country."

Introducing the book, he said that there was no comprehensive book on the works made by Abdul Raheem Raipur for freedom, religion and politics, adding that he visited almost all libraries of Indo-Pak for to gather information on the topic.

Raipuri was one of the freedom leaders, who urged the people of sub continent to make struggle against British Empire to get freedom, despite facing challenges, he said.

Raheemia Institute President Mufti Abdul Mateen Nomani said that the book revealed how struggle was made on the basis of politics, economy and religion.

The other speaker also said that the book will prove beneficial for educated segment of the country as it was the need of the hour.