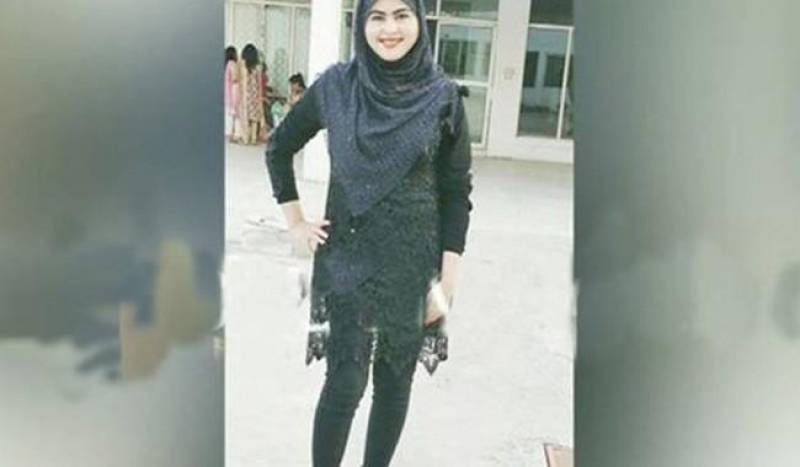 ISLAMABAD - Chief Justice of Pakistan Mian Saqib Nisar on Tuesday took suo motu notice of the murder of a medical student in Kohat.

Asma Rani, a third year student of a medical college in Abbottabad, was allegedly shot dead by a nephew of th Pakistan Tehreek-e-Insaf's local leader on January 28.

She was shot thrice by the accused, Mujahidullah Afridi, for refusing marriage proposal. The accused has fled to Saudi Arabia to perform Umrah, according to police.

KOHAT - A man shot dead a medical college student in cold blood after she rejected his marriage proposal, Kohat police ...

The CJP asked Inspector General Police Khyber Pakhtunkhwa Salahuddin Mehsud to submit a report on the incident within 24 hours.

During the hearing of another case of rape and murder of four years old Asma from Mardan, the Chief Justice expressed his displeasure at allowing the accused to flee the country.

Earlier in the day, the KP police claimed to have arrested Sadiqullah Afridi, a brother of the accused, for his alleged involvement in the murder.

According to the police, Mujahidullah and his brother were both at the scene of the crime. A case was registered against Mujahid under Sections 324 and 302 of Pakistan Penal Code.

District Police Officer (DPO) Abad Marwat has provided assurances that the case is being investigated thoroughly and that accused would soon be arrested. He said that efforts were underway to arrest the culprit through Interpol.

The Khyber Pakhtunkhwa assembly had also passed a resolution condemning the murder.