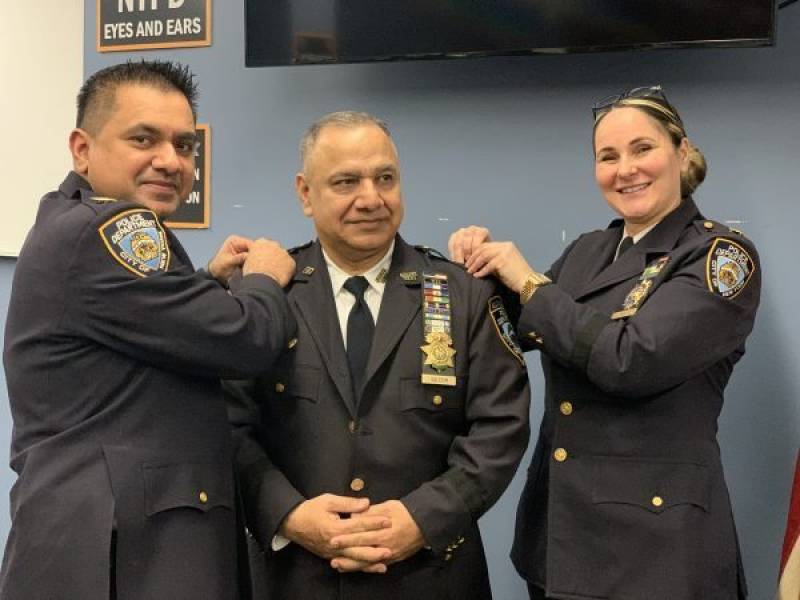 NEW YORK - A Pakistani-American police officer has been picked to head the New York Police Department’s volunteer force, and he immediately dedicated this singular achievement to his motherland– Pakistan.

Nasir Saleem, a 30-year veteran of New York police, became the first Pakistani and a Muslim to be appointed as Auxiliary Deputy Chief of the nearly 5,000-strong force which serves in the city’s neigbourhoods as the “eyes and ears” of the regular police through foot, vehicle, and bicycle patrols.

“It’s a great honour … I am speechless,” Saleem said in an emotionally charged voice. “I dedicate my new title to Pakistan,” he told reporters after taking the oath of office as the Auxiliary Deputy Chief on Tuesday.

Auxiliary Police officers are trained to observe and report conditions requiring the services of the regular police assisting in non-enforcement and non-hazardous duties.

Saleem was inducted into his new assignment at a simple ceremony at which senior police officials and members of the Pakistani community were presented.