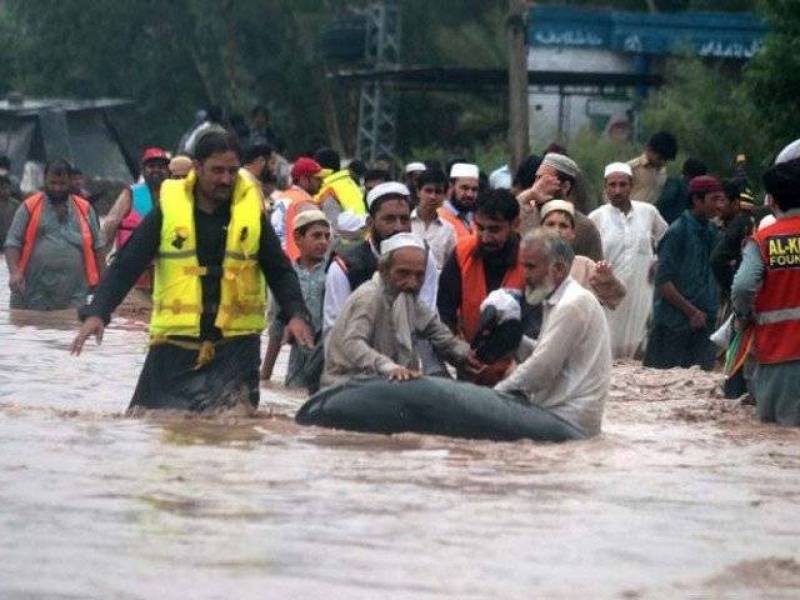 LANDI KOTAL - At least 20 persons part of a wedding procession were killed when their vehicle plunged into a ravine in the Landi Kotal area of Khyber Agency, said a political administration official on Saturday.

According to reports, a bus carrying wedding guests fell into the ravine and was washed away by flooding water in Bazar Zakhakhel area of Landi Kotal. At least 20 people, most of them women and children, were killed while many have been injured.

Khasadar force and other rescue team rushed to the accident site and started rescue operations to retrieve the bodies . The injured were shifted to hospitals in Peshawar.

Heavy monsoon rains began earlier this month, drenching the Khyber Pakhtunkhwa and central Punjab provinces, which have been badly affected by flooding in recent years. Some scientists have linked the increased flood risk to climate change.