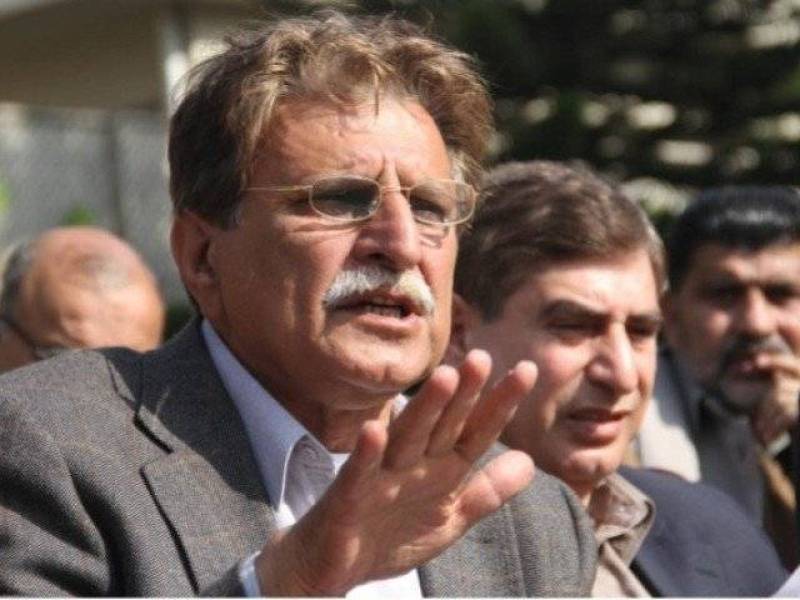 ISLAMABAD - Nawaz Sharif can be removed from the premiership but not from the hearts of the public, Azad Jammu and Kashmir (AJK) Prime Minister Raja Farooq Haider and Gilgit-Baltistan Chief Minister Hafiz Hafeez-ur-Rehman said Saturday.

Addressing a joint news conference here at the Kashmir House here, they vowed to continue the struggle for political preeminence in the country, for which "we are ready to go to every extent."

They said Nawaz Sharif improved the credibility of Pakistan Muslim League-Nawaz (PML-N) by removing misperception of provinces about Punjab and making efforts for restoration of deposed judges.

They said the PML-N chief took initiatives to bring AJK and G-B in the national mainstream and made a substantial increase in their development budget.

"There was no corruption evidence against Nawaz Sharif but he was disqualified on the basis that he did not receive 10,000 dirhams from his son's company," they said.

They regretted that Nawaz Sharif was deprived of his right to clarification under article 10A of the Constitution, adding that reservations of Sharif family about the Joint Investigation Team (JIT), which probed the Panama papers case, were proved correct.

They said Nawaz Sharif was a popular leader of the country and had the ability and vision to keep the nation united and make Pakistan a developed country among the comity of nations.

He said that Nawaz Sharif’s disqualification was an insult to the office of the prime minister."No one has dared to bring back former dictator Pervaiz Musharraf who on the run after looting 44 billion rupees of the country", CM GB questioned.

Hafiz asked, "Is Sheikh Rasheed spokesperson of General Headquarters (GHQ)? Can anyone comment on this position?" he stressed.

He said, “the PML-N has put the country on the path of progress.”- Agencies