Rs25 'head money' for killing each RAT in Peshawar 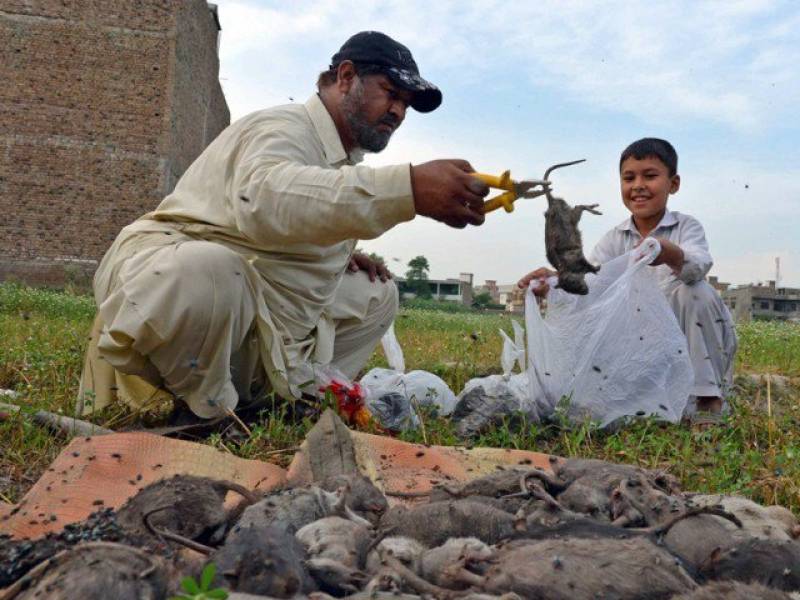 PESHAWAR (Staff Report) - In a bizarre move, the district government of Khyber Pakhtunkhwa’s capital city, which is fighting on the front line of Pakistan’s battle against militants, has announced Rs25 as 'head money' on rats.

The decision was taken on Wednesday in a meeting, which was chaired by District Nazim Mohammad Asim Khan. District Health Officer Dr Jehangir Khan, accompanied by public health coordinator Dr Muhammad Atif and officials of the Water and Sanitation Services, also attended the meeting.

The unusual offer surfaces after an infant was recently bitten to death by a rat in Hasan Ghari area of Peshawar’s suburbs.

For obtaining good results, the meeting decided to give Rs25 as prize money to residents of the city for killing each rat.

The residents have been asked to dump the rats at specific points reserved in all four towns across the city and also claim their bounty from there forthwith.

"Similarly, the killed rats will also be collected through mobile service and payment of prize amount on the spot," the city administration announced.

The district administration has also directed the authorities concerned to distribute rat-killing poison among the residents.

For the elimination of rats in streams, nullahs, scrap yards and containers, the meeting also decided for hiring the services of an expert rat killer, Naseer Ahmad.

The meeting directed the formation of teams headed by Naseer and constitution of such teams and furnishing of reports in this regard on daily basis.

Naseer, along with his three young daughters, has been waging battle against the rats in Peshawar - killed more than 100,000 in the past 18 months.