Single Country Exhibition in Chile: TDAP bringing shame to Pakistan instead of business 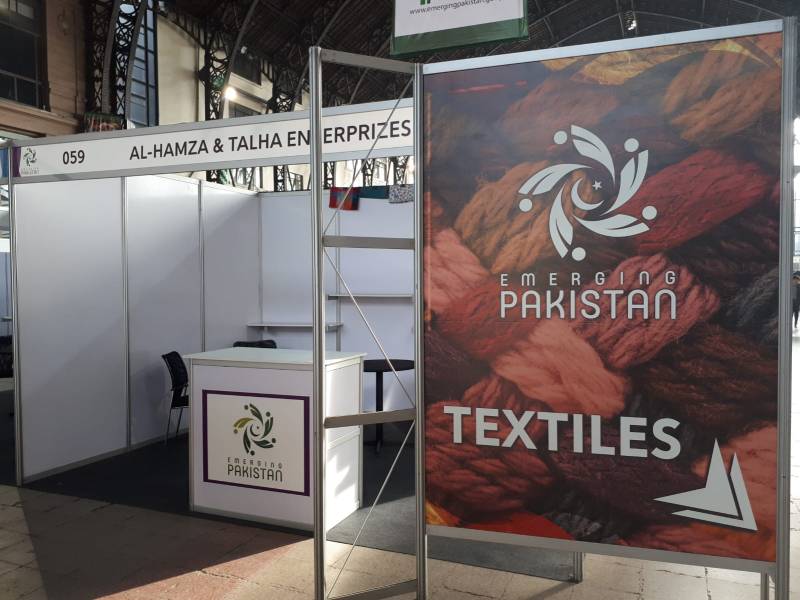 SANTIAGO - Inattention of the organisers of Pakistan’s largest trade event in Chile, a major economy of South America, has brought a loss of millions to dozens of businesses besides putting a bilateral free trade agreement in jeopardy.

For past 10 months the Trade Development Authority of Pakistan (TDAP) had been preparing for a Single Country Exhibition at Estación Mapocho, a former train station that since 1994 has been refitted as a cultural centre, in the capital Santiago.

The purpose of this first-of-its-kind event, which cost the country over Rs 30 million, is to take ‘Emerging Pakistan’ forward in a race with ‘Shining India’ to explore and capture the Latin American markets.

However the four-day expo, running between May 26-29, was formally opened on the third day. Not more than a hundred people visited dozens of stalls. Moreover, much to the disappointment of Pakistani community, especially the investors, the focal person for liaison and smooth conduct of business stood absent from the scene.

Traders from Sialkot and Karachi, two major industrial cities of the South Asian country, say they will complain to the higher authorities about the mysterious disappearance of Murtaza Siddiq Khan, the Commercial Counsellor at Pakistan’s Embassy in Argentina and the key person behind the event “at the end of the world” – literally.

Chile is a long, narrow country stretching along South America's western edge, with more than 6,000km of Pacific Ocean coastline. It is a multi-ethnic society, including people of European and Indian ancestry, with a small and easily recognisable community of Pakistanis.

Shamefully, the only attraction at the exhibition has been the gastronomical booth featuring Paan, Paratha, and Biryani – a place the TDAP staff find most comforting to their ‘Chile’ appetite.

“We made huge efforts to reach here (Chile) but could’t get any customer traffic… Local officials [of Pakistan’s diplomatic staff], who organised this event, are neither cooperative nor helpful. Had our [own people] gave any support, we wouldn’t have faced this problem,” said Omer Malik, a top representative of a Sialkot-based surgical instruments company.

When asked if he had lodged any complaint with TDAP officials, the director of AAAZ said “juniors would never take a complaint against their seniors”. He also shared his concern about the absence of top diplomatic officials, Mr. Murtaza Siddiq Khan, who would have promised the investors a promising market in Chile.

TDAP officials, on the other hand, acknowledged it was not good enough already and admitted their mistakes while appreciating the ‘efforts’ of the Commercial Counsellor during his month-long stay in Santiago de Chile on government expense.

“This was our first attempt, and we have explored best possible options. However, we make mistakes and learn from them to further improve,” said Farooq Memon, a director of TDAP. He, however, insisted “it was not all bad”.

Some did get lucky in receiving a few orders. But for most of them, it was simply a big loss. Empty stalls, depressed salesmen, and gloomy businessmen – is this we can call the ‘Emerging Pakistan’?

The country’s Commerce ministry says it recognises ‘the immense trade potential’ of the South American region and has taken steps to enhance trade with South American countries and Mercosur as a bloc, a regional trading bloc excluding Chile.

Mercosur is the fifth largest economy in the world today with a GDP of $2.7 trillion. However, Pakistan’s imports from South American countries continue to outweigh its exports to the region, with a deficit of over $103 million registered during July-December last year.

Within the Mercusor, Pakistan’s largest trading partners have been Argentina and Brazil with bilateral trade volume at $160.894 million and $251.18 million, respectively, for fiscal year 2016-17, as per the State Bank of Pakistan (SBP) figures.

ISLAMABAD – Pakistan and Indonesia on Saturday agreed to exploit the untapped potential of both countries in order to ...

Last December, Chile agreed to sign a free trade agreement (FTA) with Pakistan within six months which would enable the South Asian country to enhance exports of its textiles, leather, surgical and sports goods to the South American country under the proposed FTA.

But, according to the ministry, a lack of consensus within Latin American nations prevails on signing a preferential trade agreement (PTA) with Pakistan amid the restriction to market access of textile products to protect the domestic industry.

Perhaps, it will take longer for Chileans to change their mind about Pakistani goods!