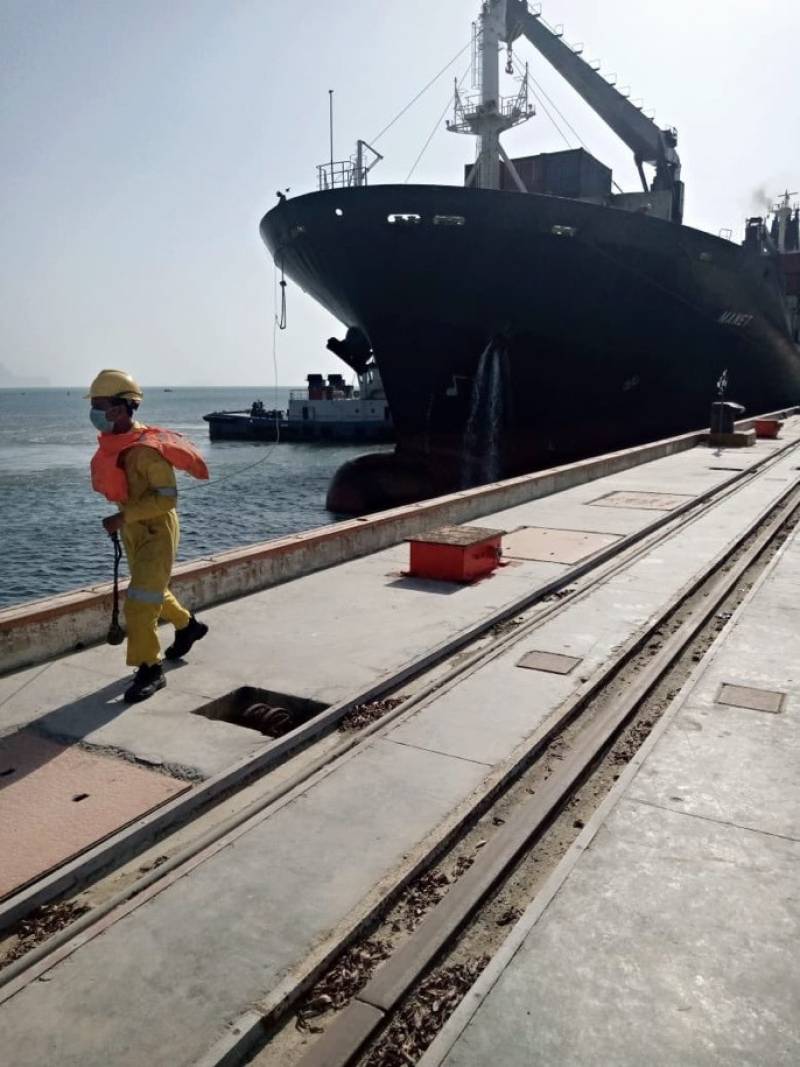 “The cargo ship namely MV Manet that is part of Afghan Transit Trade is carrying wheat and urea,” said Asim Bajwa who is also Chairman of the China Pakistan Economic Corridor Authority (CPECA).

In his tweet, he said with this development a dream had come true for the local economy as it would stimulate a host of business activity in the country.

The cargo containers would be transported by road to Afghanistan.

Afghanistan, a landlocked country mostly rely on Pakistani overland routes for its international trade and for this purpose the two countries signed Afghan-Pakistan Transit Trade Agreement (APTTA) in 2010 to use two seaports in Karachi for transportation of the goods to and from Afghanistan. However, the deep seaport at Gwadar offers a much shorter route for Afghan’s cargo.

A first cargo ship carrying containers for Afghan transit trade had arrived at Gwadar in January this year.

The port is a centre part of the mega project of CPEC being executed with the assistance of China to improve connectivity between the two countries in particular and with the whole region in general.

CPEC is a multi-billion project of around $60 billion which includes various projects such as the construction of road and railway infrastructure, electricity projects, airports, special economic zones, agriculture, and the projects for socio-economic development of the local communities.