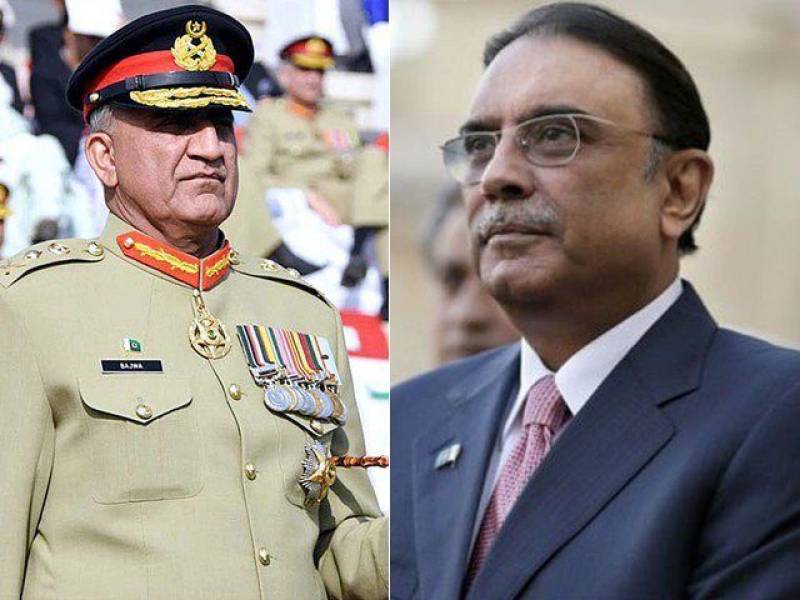 KARACHI - Former president and Pakistan People’s Party co-chairman Asif Ali Zardari on Tuesday made a telephonic call to Gen Qamar Javed Bajwa and felicitated him for taking charge as the 16th Chief of Army Staff.

The former president extended his best wishes to General Bajwa and reiterated that his party would continue supporting the armed forces in their war against terrorism in the country.

He said that the entire nation is standing shoulder-to-shoulder with its valiant forces against the burgeoning Indian aggression on the eastern front.

Former army chiefs and senior military officials were present at the Change of Command ceremony.

It is also worth mentioning here that Asif Ali Zardari flew abroad in June 2015, after his controversial speech in which he had criticised the country’s military leadership without clearly mentioning the names.