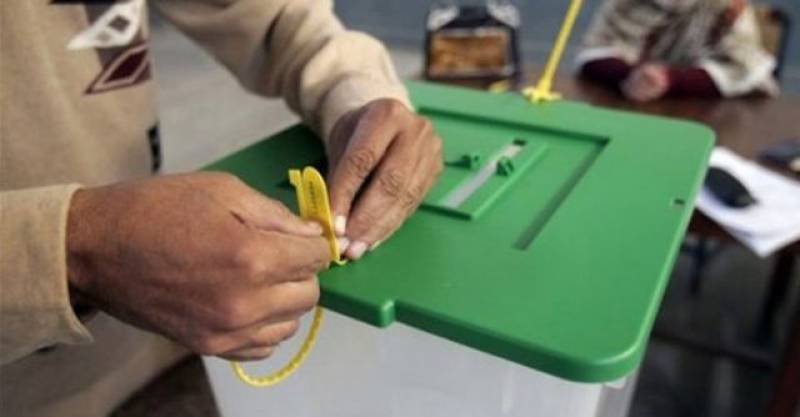 JHANG – On the directions of Election Commission of Pakistan (ECP) the authorities have declared Thursday a public holiday throughout the district on the occasion of by-polls in constituency PP-78.

The notification in this regard was issued on Wednesday.

The Punjab Assembly’s constituency had fallen vacant after the Supreme Court (SC) disqualified Rashida Yaqoob of the Pakistan Muslim League-Nawaz (PML-N) for concealing assets while upholding a decision of an election tribunal in October.

She was elected to the assembly in the 2013 general elections and runner-up candidate Ahmed Ludhianvi had challenged her election. 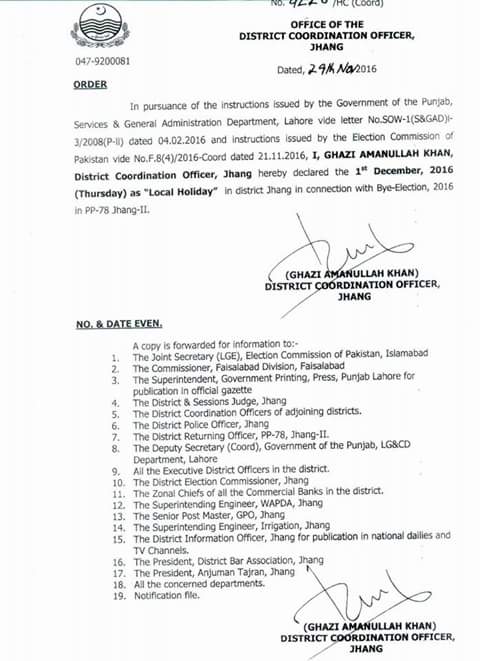 ECP announced that it would hold by-poll in the constituency on Dec 1 for which Mr Ludhianvi, as well as Ms Yaqoob, also filed their nomination papers. However, this time Ms Yaqoob was an independent candidate.

The PML-N gave its ticket to Sheikh Sheraz Akram. On a petition filed by him, the two-judge bench on Nov 11 restrained both Ms Yaqoob and Mr Ludhianvi from contesting the by-poll.

Akram had argued that the name of Mr Ludhianvi was included in a list of the fourth schedule and more than a dozen criminal cases were registered against him.

Akram withdrew his candidature and was replaced by Haji Azad Nasir Ansari as PML-N candidate.

Mr Ludhianvi had challenged the decision contending that FIRs registered against him were not in his knowledge when he filed his nomination papers. He had requested the court to allow him to contest the by-poll and set aside the two-judge bench’s decision.