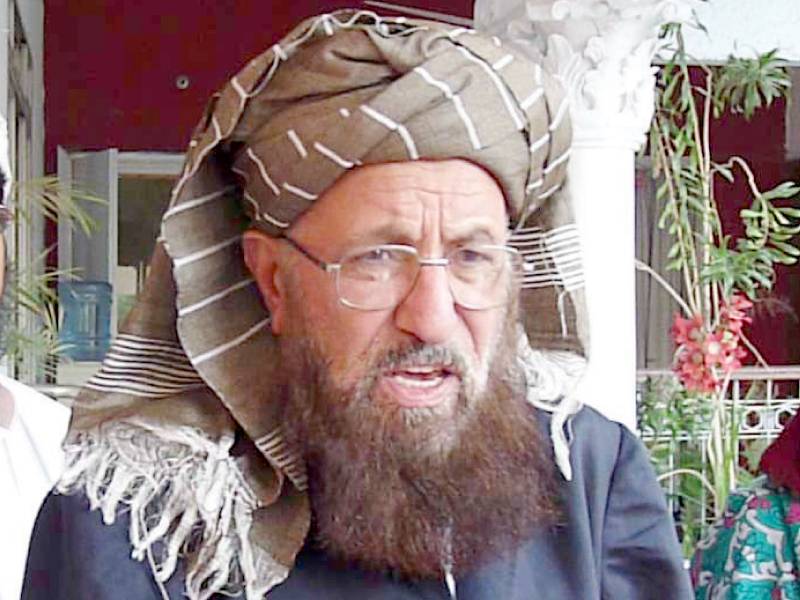 HYDERABAD - Terming the move as against constitution and Islam,  Jamiat Ulema-e-Islam (JUI) has criticised Pakistan People's Party (PPP) lawmakers in the Sindh Assembly for passing the forced religious conversion bill.

Talking to press on Monday, JUI leader Taj Muhammad Nahyoon said that by passing the 'unIslamic' law, PPP has ridiculed its own leader the late Zulfikar Ali Bhutto.

He said that his party called all parties conference in Sukkur on Dec 1 and in Karachi on Dec 6. He demanded of the Election Commission of Pakistan (ECP) to disqualify members of the Sindh Assembly, those who had voted for the bill.

Meanwhile, Maulana Samiul Haq called for the dismissal of the Sindh Assembly over the passage of a bill against forced conversions.

“The Sindh government is converting the province into ‘Kafiristan’ with such un-Islamic decisions,” Sami, who is head of Madrassa Haqqani, said in a statement and demanded imposition of governor’s rule in Sindh.

“Since the assembly has collectively banned religious conversion, it has committed treason with the Quran and Sunnah, and the Constitution. There is no justification for the assembly to stay,” the JUI-S leader said.

It is regrettable that minorities in Pakistan have the “right to preach their religion, but a sick secular mentality are interfering” in an Islamic country, the statement added.

The bill states that no person shall be deemed to have changed their religion until they attain the age of maturity, which is 18 years.