Migration Study: Muslim population in Europe to triple by 2050, even with 'zero migration' 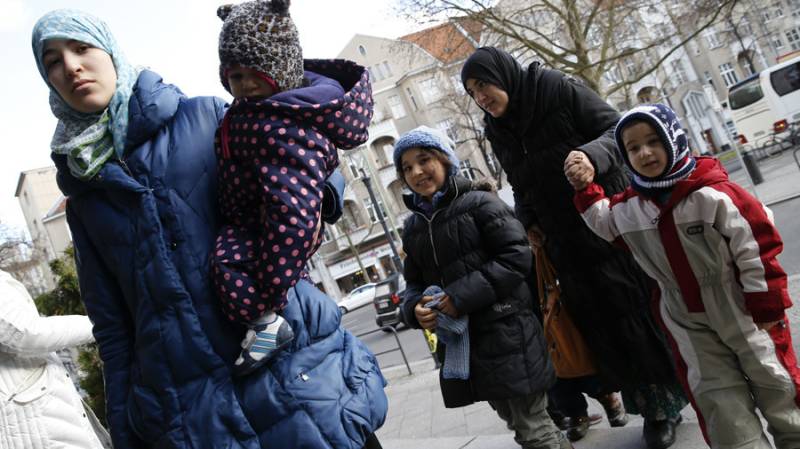 LONDON - Europe’s Muslim population will multiply even if all migration stops permanently, a study has found. On the other hand, high migration sees predictions of some 76 million Muslims dwelling in Europe by 2050.

A revealing survey by Pew Research Center, ‘Europe’s Growing Muslim Population’, looks at the future of the 25.8 million Muslims currently residing in European countries. Citing a comprehensive swath of data, it is an attempt to see how the size of Europe’s Muslim population may change in the coming decades, depending on levels of migration. 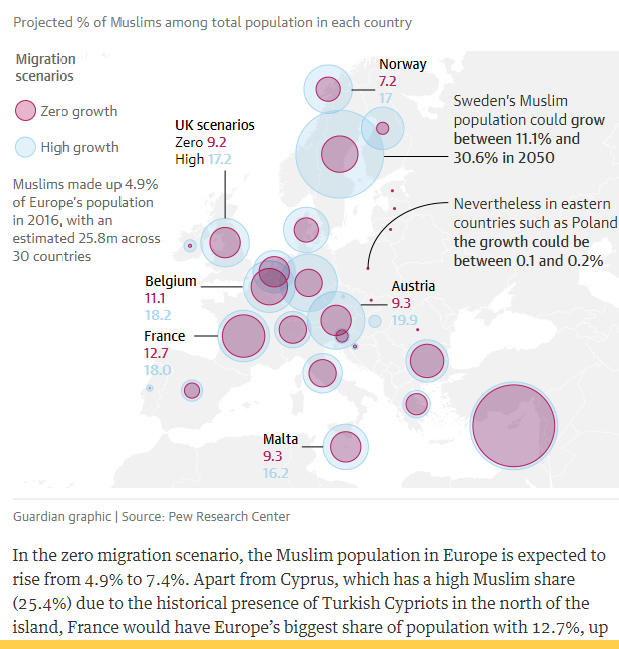 All three scenarios – zero, moderate and high – considered by researchers produced a thought-provoking outcome: the number of Muslims in Europe will rise at any rate of migration, as they are younger and “have higher fertility (one child more per woman, on average) than other Europeans, mirroring a global pattern.”

Under a first, “zero migration” scenario, the Muslim population of Europe still would be expected to rise from the current level of 4.9 percent to 7.4 percent (roughly 36 million) by the year 2050 even “if all migration into Europe were to immediately and permanently stop.”

A second, “medium” migration scenario assumes that the flows of refugees stop, but “regular” migrants continue to come for reasons other than fleeing wars and instability. Under these conditions, Muslims could comprise 11.2 percent (59 million) of Europe’s population in 2050.

A third, “high” migration scenario, in which the heavy influx of predominantly Muslim migrants recorded between 2014 and 2016 continues indefinitely, paints a far more pessimistic picture. In this case, Muslims could make up 14 percent (75 million) of Europe’s population by 2050 – nearly triple the current figure.

Should that happen, several major European countries are expected to shoulder most of the burden. In Sweden, nearly a third of the population (4.5 million, or 30 percent) would be Muslims, whereas in Austria and Germany Muslims would represent up to 19 percent of the population.

Also, if high migration continues until 2050, Britain’s Muslim share will grow to 17.2 percent, Finland’s to 15 percent and Norway’s to 17 percent. 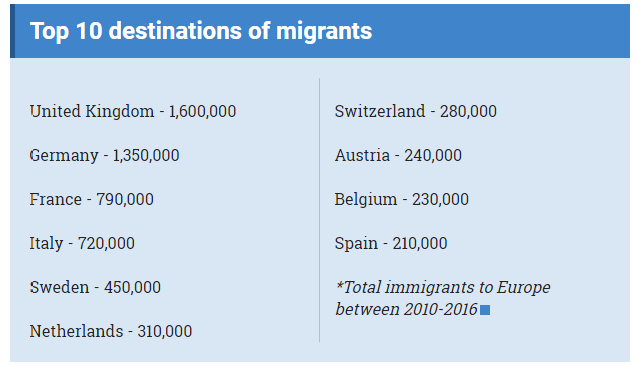 “While Europe’s Muslim population is expected to grow in all three scenarios - and more than double in the medium and high migration scenarios – Europe’s non-Muslims, on the other hand, are projected to decline in total number in each scenario,” says the Pew report.