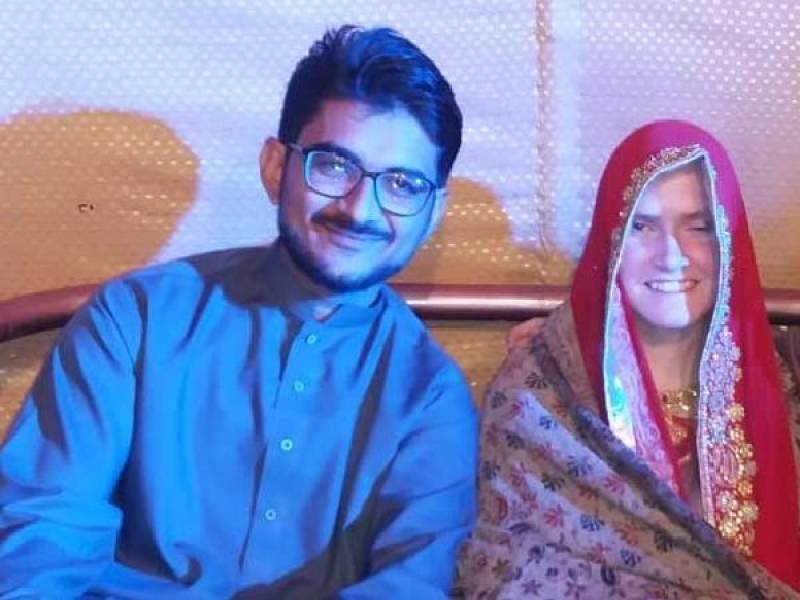 LAHORE – A blind girl from the United States has travelled to Pakistan to marry a visually impaired cricketer in Bahawalpur, a local TV channel reported on Friday.

Brittney Montgomery and Mujeebur Rehman, who first met on Facebook, tied the knot in the Punjab city on Thursday a day after the US national arrived in the South Asian country, according to Express News. The groom is partially blind while his bride is completely blind.

According to the report, Brittney embraced Islam two years ago after befriending Mujeeb on the popular social messaging site.

According to Pakistan Blind Council’s spokesperson, the Mujeebur Rehman is a fast bowler and has played key roles in several victories for the Bahawalpur Blind Cricket Team.

Love beyond borders: Another American bride, another Pakistani groom

Earlier this month, A 21-year-old US citizen tied the knot with a 23-year-old Pakistani man in Lahore after they found love on the internet. Maria Angelo traveled all the way from the United States to meet the love of her life, Mohsin, who lives in Lahore's Gulshan-e-Ravi area.

Also this month, another American woman Helena had arrived in Pakistan to tie the knot with the love of her life, a youngster hailing from Sialkot named Kashif.

The American had met 21 years younger boy at social media website and their bond got so strong that they both decided to tie the knot with him.

“I am just so happy that I have no words,” said Helena in an exclusive interview with Daily Pakistan. “I’d be happy to live wherever Kashif will keep me,” she said just before their Nikkah in Kashif’s native town of Raipur.