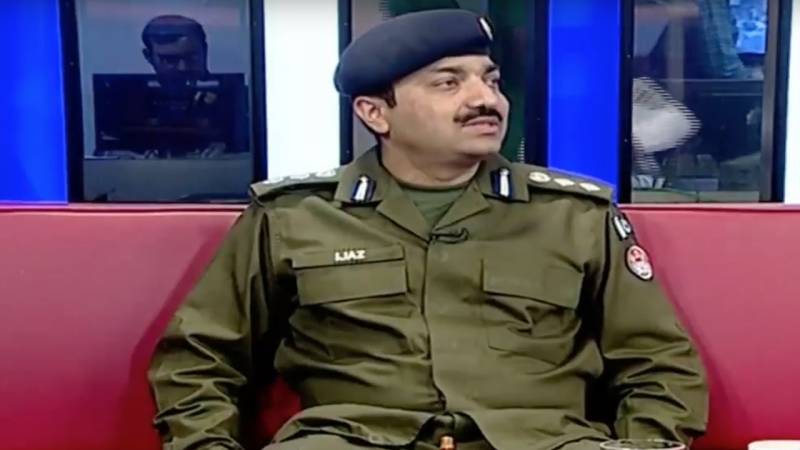 KARACHI - The National Accountability Bureau (NAB) on Friday arrested a top official of Sindh police over corruption charges in Karachi.

The officials of the anti-graft buster detained SSP Rai Ijaz Ahmad from Shahrah-e-Faisal after his arrest warrants were issued by NAB Lahore.

Ahmad, who is former Chief Traffic Officer Lahore, is facing charges of misappropriation of Rs700 million in the police funds during his duty in Punjab.

The father of the police officer is also nominated in the same case. He escaped when NAB raided his house to arrest him.

In this case, the anti-corruption watchdog has already arrested ten police officials.

The former CTO Lahore will be handed over to NAB Lahore team, which is already present in Karachi.

Earlier today, NAB Chairman Justice (retd) Javed Iqbal in a statement said that corruption is the mother of all the evils. NAB’s “Accountability for All” Policy has started yielding excellent results.

He said that today all officers/officials of NAB are absolutely committed to root out corruption with iron hands in an atmosphere of renewed energy and dynamism, where the fight against corruption is being taken as a national duty.

"NAB has rejuvenated and eradicated of corruption is topmost priority of NAB. He said that the hard work, commitment, transparency and merit being put in by NAB officers are being appreciated by national and international reputed organizations," read the statement.

He said that NAB officers are doubling their efforts in nabbing corrupts elements and recovered from them hard-earned looted money of the innocent citizen of Pakistan.

Through detailed analysis and review of organizational, operational and prosecution strengths and weaknesses, overhaul of procedures and all pillars of the organization i.e. Operations, Prosecution, Human Resource Development and Awareness and Prevention have been reactivated, it said.

He said that NAB has rationalized its workload and timelines have been prescribed for efficient, effective and expeditious disposal of cases putting a maximum limit of 10 months- from complaint verification-to-inquiry-to-investigation and finally to a reference in the Accountability Court.