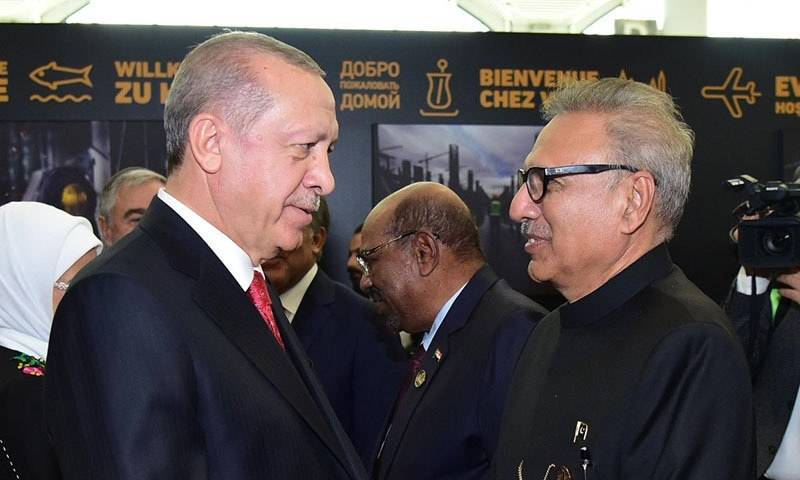 The two leaders met during President Alvi's three-day trip to Turkey and agreed to intensify cooperation in order to deepen bilateral ties in all fields.

ISTANBUL - President Dr Arif Alvi and the First Lady on Monday participated in the inaugural ceremony of Turkey’s ...

During the meeting in Istanbul, Erdogan congratulated President Alvi for winning the election and expressed hope that Pak-Turkey ties would grow under the new leadership, the report added.

According to Radio Pakistan , the Pakistani president invited Erdogan to visit Pakistan and thanked him for the "warm welcome" to Turkey .

While in Turkey , President Alvi attended a reception on the 95th Republic Day of Turkey which was hosted by Erdogan in the honour of visiting heads of state and governments, the report added.