My contest is against Nawaz Sharif, not Ayaz Sadiq: Imran 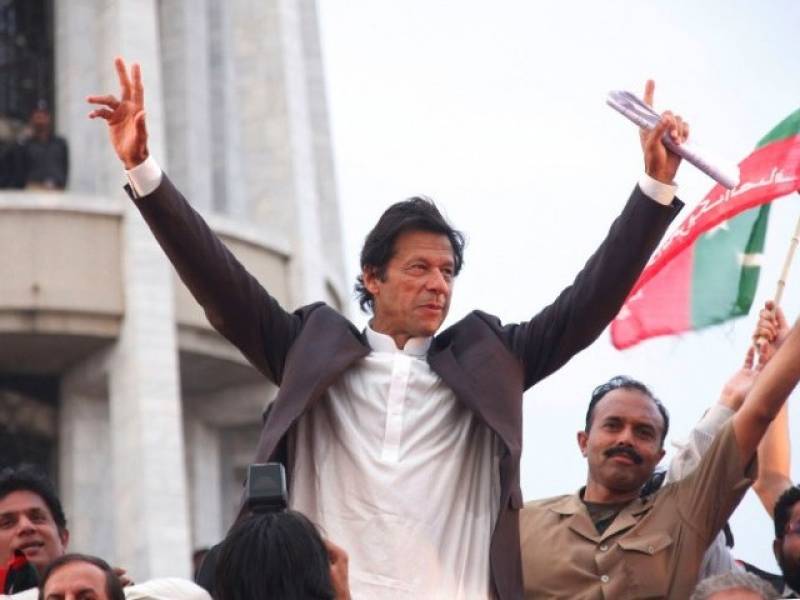 Speaking with reporters in Lahore, PTI chief went on to say that workers of his party will be present on every polling station of NA-122 on October 11 to prevent any attempt to rig the by-poll. We will expose the reality of electoral system of Pakistan , he said.

"We have trained well our party workers to stop electoral rigging and they will record every suspicious activity on all polling station," he said.

He urged the voters of NA-122 to come out their homes on October 11 and vote for his party to bring about a real change like general elections of 2013.

He also criticized Pakistan Muslim League-Nawaz for approaching Supreme Court of Pakistan to earn a stay order against a by-poll in NA-154. The ruling party was sure of defeat in Lodhran and hence it once again misused the laws to save the face, he said.

PTI chief said it took him more than two years to expose electoral rigging and vulnerable justice system of Pakistan. He further added that current members of ECP are those who mismanaged and rigged the elections in 2013. We are not going to trust the same members of ECP who are team B of PML-N, he declared.

PTI will win the by-polls despite pre-poll rigging and usage government machinery in NA-122, he said.