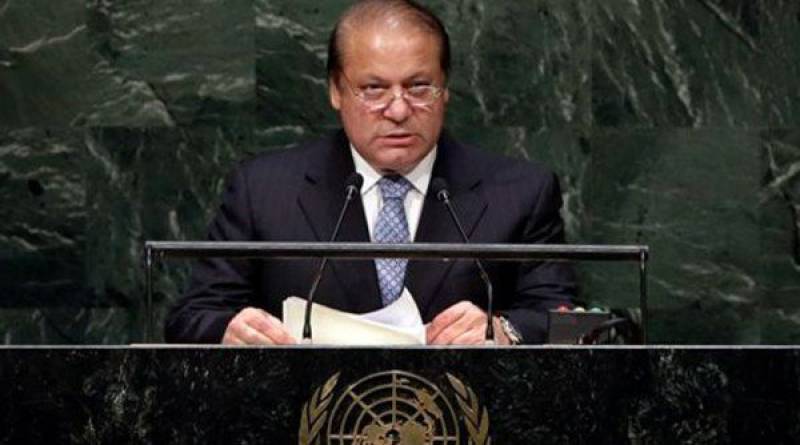 NEW YORK (Staff Report) - Prime Minister Nawaz Sharif has addressed in English language at the 70th session of United Nations General Assembly (UNGA) despite order of Supreme Court of Pakistan which directed the President and Prime Minister to deliver speeches in Urdu language whether inside or outside the country.

It is also pertinent to be mentioned here that Nawaz Sharif may once again face the charges of contempt of court for making his speech in English language instead of Urdu.

In his speech the Prime Minister highlighted the sacrifices made by Pakistan in the fight against terrorism, Kashmir issue, Indian interference in Pakistan and other issues of Middle East

Prior to the address Nawaz Sharif attended global leaders meeting on gender equality and women empowerment organized by China and UN women.