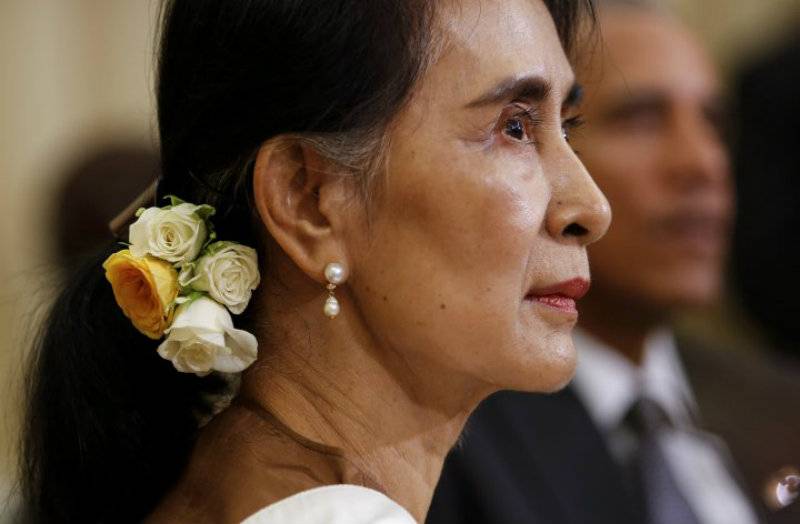 LONDON - An Oxford University college where Myanmar's leader Aung San Suu Kyi studied as an undergraduate has removed her portrait from public display, placing it in storage.

The governing body of St Hugh’s college decided to remove the painting of the Nobel laureate from its main entrance on Thursday, days before the start of the university term and the arrival of new students but did not specify the reason behind the move.

The portrait that belonged to Ms Suu Kyi's husband, Oxford don Michael Aris was hung since 1999 and was painted by artists Chen Yanning in 1997.

According to college's student newsletter The Swan, the portrait would now be replaced with a Japanese painting.

The new painting, by Japanese artist Yoshihiro Takada, was presented to the college earlier this month and is currently displayed in the entrance of the college's main building.

St Hugh's College said: "“The College received the gift of a new painting earlier this month which will be exhibited for a period.

"The painting of Aung San Suu Kyi has meanwhile been moved to storage.”

Suu Kyi studied politics, philosophy and economics between 1964 and 1967 at Oxford and moreover, was celebrated with an honorary doctorate from the varsity in 2012.

The State Counsellor of Myanmar also held her 67th birthday party at the college but the recent crisis in Rakhine state that is affecting Rohingya Muslims has alarmed the human rights activists about the dubious role of Oxford graduate.

RAKHINE - Rohingya Muslims have been a constant target of hatred in Myanmar ever since the 1982 General Ne Win's ...

The United Nations called the violence in Myanmar, a textbook example of ethnic cleansing.

Moreover, what could be of concern for the Nobel Laureate is the fact that Oxford University stated it had concerns over the current climate in Myanmar.

“[The University] hopes the Myanmar administration, led by Oxford alumna Aung San Suu Kyi, can eliminate discrimination and oppression, and demonstrate to the world that Myanmar values the lives of all its citizens”, it said in a statement.