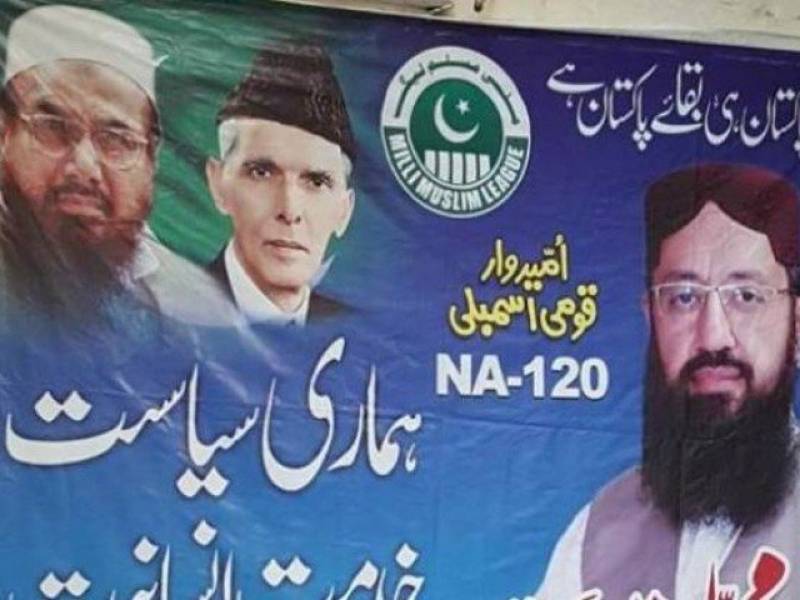 ISLAMABAD - The Ministry of Interior asked the Election Commission of Pakistan (ECP) to ban the Milli Muslim League backed by Hafiz Saeed for his  alleged involvement in 2008 terrorist attacks in India, officials said on Friday.

The initiative was taken to thwart 'extremist' groups bid to enter mainstream politics ahead of next year’s elections.

On Friday, ECP spokesman Haroon Shinwari said they would assess the status of the Milli Muslim League (MML) on Oct 11 when a five-judge panel of the commission would meet in Islamabad.

"MML had recently sought to register with the commission, but the ministry opposed it over its links to militants: he confirmed.

Shinwari declared that so far, the Milli Muslim League has not been registered with the ECP.

The ECP official said the ministry earlier this week informed the commission that the MML was linked to the banned Lashkar-e-Taiba (LeT) militant group, which was formed by Hafiz Saeed, who carries a $10 million US bounty on his head.

On the other hand, the MML in a statement denied links to militant groups, adding it “is not a bus or truck which needs registration”.