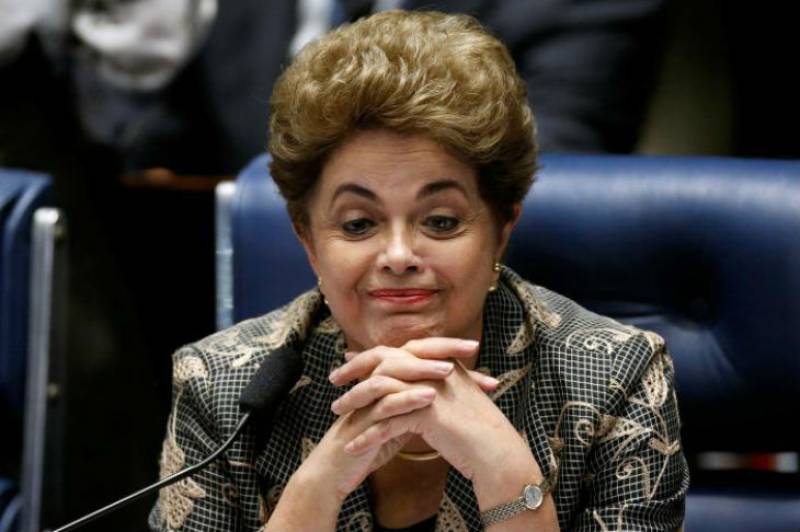 BRASíLIA (Web Desk) - Brazil’s first female president Dilma Rousseff is out of a job, but not barred from the ballot if she wants to run again.

Brazil's first female president is out of a job, but not barred from the ballot if she wants to run again.

Michel Temer, Rousseff's former vice president who's been serving as interim president since her suspension in May, will assume the office of president and serve out the remainder of her term. He was scheduled to be sworn in later Wednesday.

Temer, 75, inherits a tattered economy, along with the keys to the presidential palace in Brasilia.

A general election is scheduled for 2018.

Wednesday's vote marks the culmination of a contentious impeachment process that's dragged on for months. It's a political crisis that ordinary Brazilians could do well without as the country, which just hosted the Summer Olympics in Rio, is trying to pull itself out of recession.

The Senate's decision is a major blow for Rousseff, but it might not mark the end of her political career, CNN reported.

While the vote to oust her from office was decisive, a motion to bar her from holding any public office for the next eight years failed to get enough support to pass.

Rousseff, 68, a former Marxist guerrilla, insisted earlier this week that she had committed no crime and said she was proud that she'd been "faithful to my commitment to the nation."