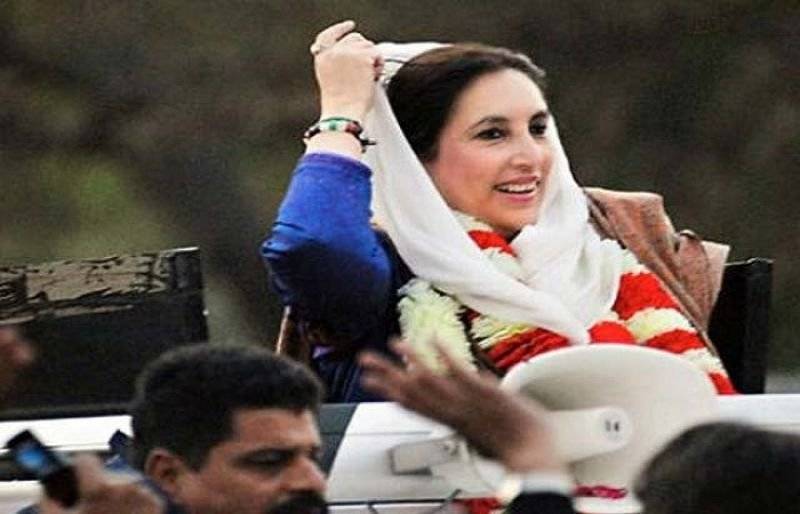 RAWALPINDI - An Anti-Terrorism court (ATC) on Thursday while announcing the verdict in the Benazir Bhutto murder awarded 17 years imprisonment to former DIG Saud Aziz and SP Khurram Shehzad for abetting the crime.

The court also imposed a fine of Rs500,000 each on both convicts. The police have arrested the former DIG from premises of the court.

In a landmark decision, the court declared former president Gen (retd) Pervez Musharraf absconder in the case, while ordered to seize all property of him.

Saud Aziz, who was DIG police then the incident happened, had been facing charges of abetting the killing of Bhutto as he ordered transfer of then superintendent of police Ashfaq Anwar from BB's rally to Sadiqabad. The prosecution also blamed him for not conducting autopsy of the deceased essential for investigations.

ATC judge Asghar Khan on Wednesday reserved verdict in the case following the completion of arguments by prosecutor, FIA, and counsels for accused.

Bhutto, who was the Pakistan Peoples Party (PPP) chief and two-time former prime minister, was killed in a suicide attack at a public gathering at Rawalpindi’s Liaquat Bagh in Rawal Town area on December 27, 2007.

In 2008, the police registered an FIR regarding the incident on behalf of the state and trial of five TTP suspects started in February of 2008. However, the case was handed over to the FIA after PPP won 2008 general election.

Concluding arguments before the ATC court of Rawalpindi, counsel for FIA Mohammad Azhar Chaudhry stood his grounds that former president Gen (retd) Pervez Musharaff is behind the murder of Benazir Bhutoo.

He also rejected evidence of a telephonic conversation between former head of TTP and a cleric in which the chief of banned outfit hailed the terrorist for executing the attack successfully.

He claimed that Musharraf through his close aide former director general of the National Crisis Management Cell retired Brigadier Javed Iqbal Cheema developed the fake evidence to save himself and mislead the investigators.

He also blamed then then deputy inspector general Saud Aziz for his involvement in the killing as he ordered transfer of then superintendent of police Ashfaq Anwar from BB's rally to Sadiqabad, adding that Aziz did not conduct autopsy of the deceased essential for investigations.

According to Dawn News, Ghanim Aabir, the counsel for Saud Aziz, refusing the allegation levelled by the FIA's lawyer argued that Anwar had been transferred following the firing incident on motorcade of Nawaz Sharif on Islamabad Expressway.

He further said that arrangements for autopsy were completed but it could only be conducted after getting consent of her husband Asif Ali Zardari.

He further said that post-mortem on Bhutto' body was not required as the doctors had already identified the cause of her death as it was obvious.