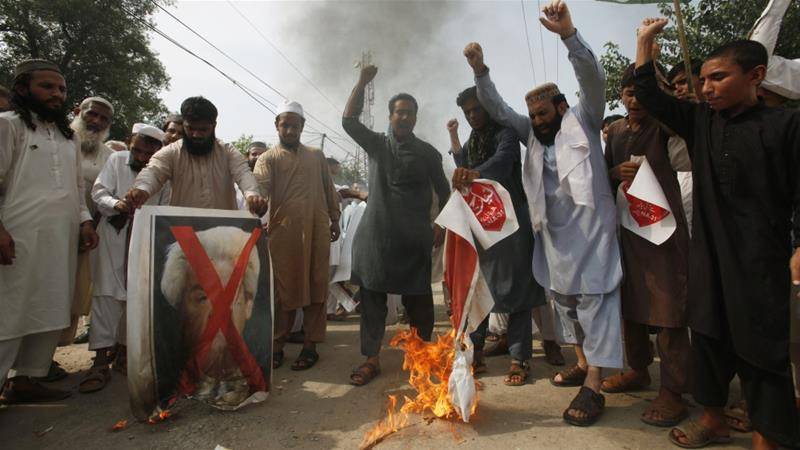 ISLAMABAD - The government of the Netherlands has expressed its willingness in promoting bilateral relationship with Muslim majority Pakistan, hours after the cancellation of blasphemous caricature contest.

Dutch envoy to Pakistan, Ardi Stoios-Braken announced on Twitter that the Embassy team will work with fresh energy and focus on promoting the bilateral relationship with Pakistan and mutual understanding.

In a written statement issued Thursday night, Wilders said: “to avoid the risk of victims of Islamic violence, I have decided not to let the sacrilegious cartoon contest go ahead.”

The contest sparked protest in Pakistan with Tehreek-e-Labbaik Pakistan marching towards the capital city to register a protest. The Christian community in the country also rallied behind Muslims and decried the activity.