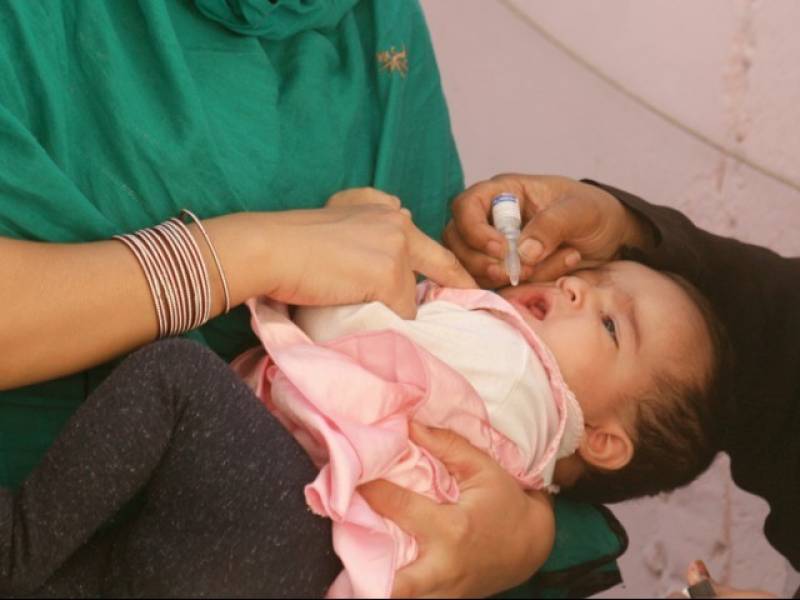 Under this freshly initiated campaign, a total of 1.9 million children aged five or below would be vaccinated in all union councils of the District West.

The inauguration was performed by DC West Shadia Jaffer. Talking to the media after the inaugural, DC West said that the city administration was committed to play its due role in eliminating poliovirus from the city.

She said that polio eradication was a national cause and it would be the top priority of city administration to carry out its efforts for the elimination of poliovirus.

Shadia appreciated the role of international partners in polio eradication and hoped that Pakistan would be a polio-free country soon.

She said that no child should be missed, for any reason, from a vaccine-preventable disease and it was the duty of all stakeholders to make sure every child was given polio drops.

She said that the government would also work for the improvement of micro plan and strategy. "We need to involve community maximum in anti-polio programmes and get their full support. Community support based strategy would be developed in this connection," added Deputy Commissioner.

She informed the media that all concerned departments had been asked to focus on refusal cases to get rid of this crippling disease and persuade the parents who refuse to get their children vaccinated.

Deputy Commissioner West, polio task force coordinator, officials of Health Department, representatives of WHO and UNICEF were also present on the occasion.