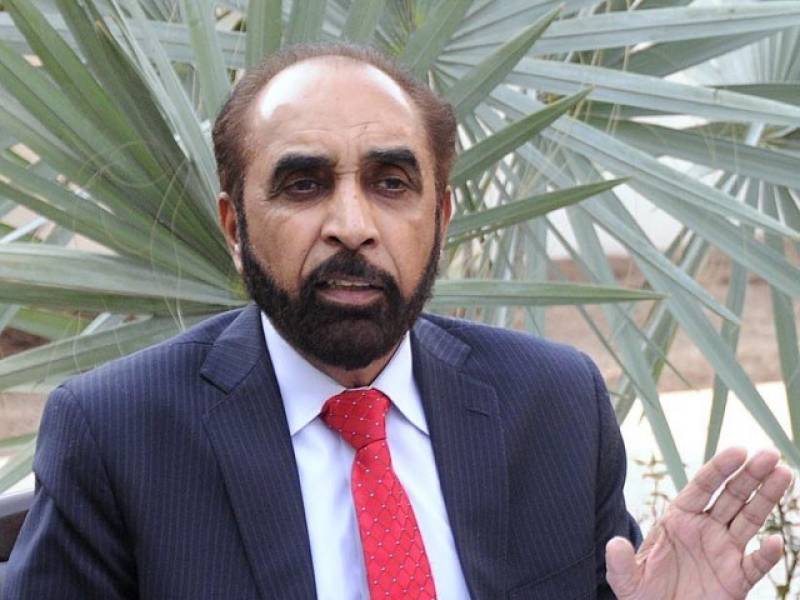 ISLAMABAD - The Supreme Court of Pakistan on Wednesday dismissed Siddiqul Farooq as the chairman of Evacuee Trust Property Board (ETPB).

Hearing the Katas Raj suo motu case, a three-member bench had summoned Farooq over his controversial appointment and role in the ETPB, which looks after affairs of minorities' religious places in the country.

The court, during several earlier hearings of the case, had berated the ETPB chief over his negligence and appointment on nepotism.

During the previous hearing on Tuesday, the Supreme Court imposed a fine of Rs100,000 on Assistant Advocate General Punjab Asma Hamid.

The historic pond, a revered site for Hindus, is said to have depleted due to the operations of cement factories nearby which have sucked out the underground water.

He also summoned a response from the Punjab government on the export of limestone. The chief justice also came down hard on the ETPB Chairman Farooq asking how he could continue in the office when his term had expired.

“How long will political appointments continue to be made in the country,” the chief justice asked. The hearing was then adjourned for an indefinite period.

The chief justice had summoned details of properties operated by the ETPB and the funds generated from them. The chief justice also warned that if the details were not presented in the next hearing, then Farooq should leave his post.

“Where institutions will not do anything, we will,” he remarked, adding that in such cases there should be no complaints of the court exceeding its jurisdiction.

"Farooq’s credentials for appointment are his 30 years of political service," observed the chief justice, adding that someone who collected newspapers in the party office was appointed to such an important post.