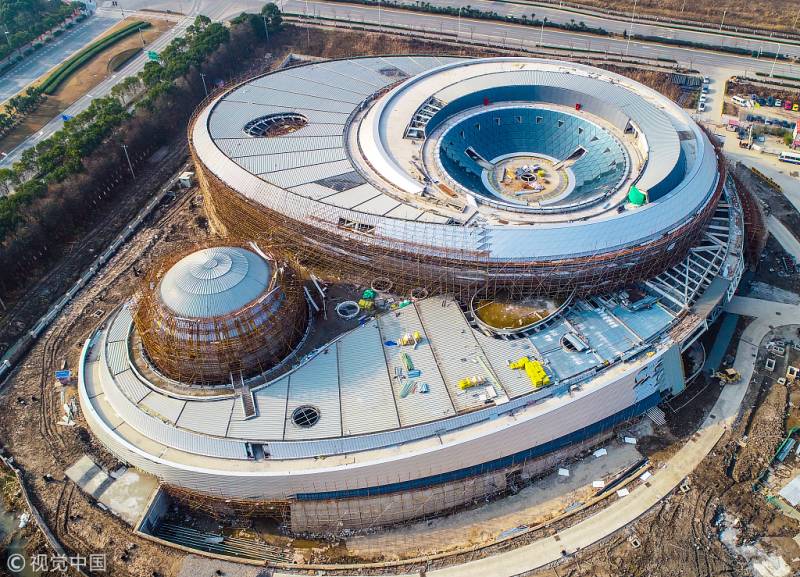 In another display of its rising space prowess, China has unveiled the world’s largest planetarium.

Beijing has spent much of this year bombarding people with the news of its rising space prowess, highlighting Chinese achievements under the ruling Communists to mark the party’s 100th anniversary.

In recent months, China has landed a spacecraft on Mars, set loose a rover to explore it and sent the first astronauts to a Chinese space station.

Scale-model replicas of spaceships from these and other missions feature at the new Shanghai Planetarium, along with paeans to China’s rapid scientific advancement, and clips of President Xi Jinping addressing the nation’s astronauts.

“This year we had several astronauts go to space, which is a source of pride for China,” said a woman surnamed Zhou, who brought her young daughter. “I wanted my child to have some knowledge about space from a young age.”

The Shanghai based planetarium features working telescopes and a range of interactive exhibits on the origins of the universe and history of astronomy, including Chinese-speaking versions of Copernicus and other luminaries explaining their theoretical breakthroughs.

The building was designed by New York’s Ennead Architects and resembles a union of swirling galaxies. It covers 38,000 square metres, (420,000 square feet) of floor space – roughly equal to five football fields – and cost 600 million yuan (US$93 million), according to Chinese media.