“Uncle, it’s dark over there.” 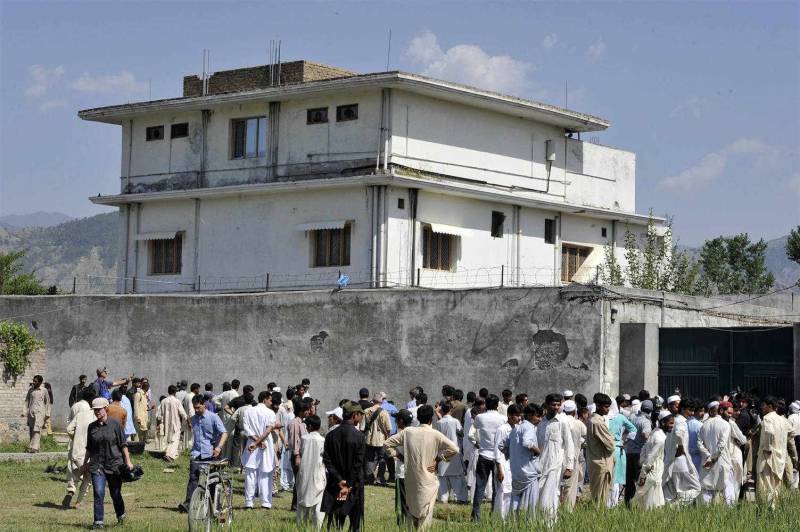 It was mere coincidence that on October 16, 1951, Saeed Akber sat on the seats reserved for the Special Branch of the police right in front of the stage at Rawalpindi’s Company Garden.

When he had fired two shots at Liaqat Ali Khan, a full-blooded sub inspector Muhammad Shah shot him. Everything happened in broad daylight. Now, to look for a conspiracy behind it all is to create a mountain out of a molehill.

It must also be mere coincidence that in the same gardens, on 27th December, 2007, a few hours after the murder of Benazir Bhutto the murder site was washed clean by the fire brigade, upon the orders of City Police Chief, Saud Aziz. After the clean-up, people cried conspiracy, but since Saud Aziz had acted alone, his sincere apologies were accepted and he was handed a promotion.

Any remaining rumors died out around four years later at Benazir Bhutto’s 5th death anniversary, when the Federal Minister of Information, Qamar Zaman Kaira said that the real murderer named Baitullah Masood had been killed in a drone attack and the remaining five were in Adyala jail.

Now you might ask what happened to the Scotland Yard and UN reports? Why is the trial still going on and why is the Court insisting that Pervaiz Musharraf be presented before it in person? Questions like these can never can never help the nation.

The father of the atom bomb, Dr. Qadeer, admitted that he had smuggled nuclear secrets and materials out of the country unaided, adding that he confessed on the advice of Chaudhry Shujaat Hussain and Mushahid Hussain. He also said that he provided nuclear technology to North Korea and Iran on Benazir Bhutto’s orders.

But if Benazir was indeed that powerful then why did she leave without having even peeked into Kahuta once? Still, thank you Dr. Sahib for clearing things up.

On 16th March, 2011, Raymond Davis killed two locals in Lahore. There was huge uproar about justice wherever one looked. With extreme reluctance, the victims’ heirs agreed to receiving Rs. 200 million in blood money. While the case was being heard, 18 heirs of the victims showed up personally to affirm their act of forgiveness. And Raymond Davis went free.

Coincidentally, at the same time the chief of a particular institution was in court, witnessing justice being delivered. Thankfully, the issue was resolved peacefully and the country’s face was saved. Any more questions?

On 2nd May 2011, Americans took the dead body of Osama bin Laden back with them. The most important question that rose from that incident was which enemies of the nation had supported them. The enemies were soon identified. One was Shakeel Afridi, who had started a fake vaccination campaign. The other was Arshad Khan, who had built a mansion without anyone noticing and had housed Osama and his family there for several years.

The third was Shakeel Rafique, who had taken part in the construction of the house as a junior contractor. The fourth was an ordinary Police official who was taken into custody by intelligence agencies within a few hours and never seen again. The fifth was 84-year old Zain Baba, and the sixth was his son Shamrez Khan, who used to guard the ghost mansion at night.

9 months later this ghost mansion was also wiped out. Even today, after five years, Zain Baba, Shamrez Khan, and Contractor Shakeel Rafique are under the stern watch of the intelligence agencies, while Shakeel Afridi is likely to spend the rest of his life in jail. Any other confusion?

On 22nd May 2014, numerous banners around the sensitive Red Zone in the capital Islamabad and its adjoining areas cropped up, bearing unflattering comments about Supreme Court Justice Jawad S. Khwaaja. Within a week, ARY aired more derogatory remarks about Justice Khwaaja. Chief Justice Tasadduq Hussain Jelani established a three member bench to investigate this attempt at character assassination and find where its root lay.

IG Islamabad Tahir Alam testified before the bench that a freelance journalist Muhammad Rasheed was responsible for printing these banners and hanging them in the high security zone. 28 numbers were extracted from Rasheed’s mobile phone, including one belonging to an officer of an intelligence agency. But the police investigated the matter further as a precaution, and finally decided that a TV anchor, a channel owner and 12 locals the first were the be-all and end-all in this entire drama, and the Court, accepting their conclusions, dismissed this case a year and a half later. Any other doubts?

How was Wali Muhammad alias Mullah Akhter Mansoor successful in obtaining an identity card and passport? This riddle has been solved too.

An ex-Risaaldaar of the Levies, Major Aziz Ahmed signed off on Wali Muhammad’s identity card in compassion, even though the two weren't acquainted even remotely. Riffat Iqbal, the NADRA official who helped Wali Muhammad’s second wife and her kids obtain Pakistani citizenship, has also been taken into custody.

A junior official of NADRA, Syed Afsar Raza, who helped several others like Wali Muhammad in obtaining Pakistani citizenship, has also been arrested. A few other names have also been added to the ECL. That is all there was to it. Is there anyone else to suspect?

There was once a child searching for something under the streetlight. An elder asked him, “Beta, what are you looking for?” The child answered, “Uncle, I dropped my money in the other lane. I’m looking for it.”

The man said, “Child, you should look for the money where you dropped it.”

The child replied, “Uncle, it’s dark over there.”