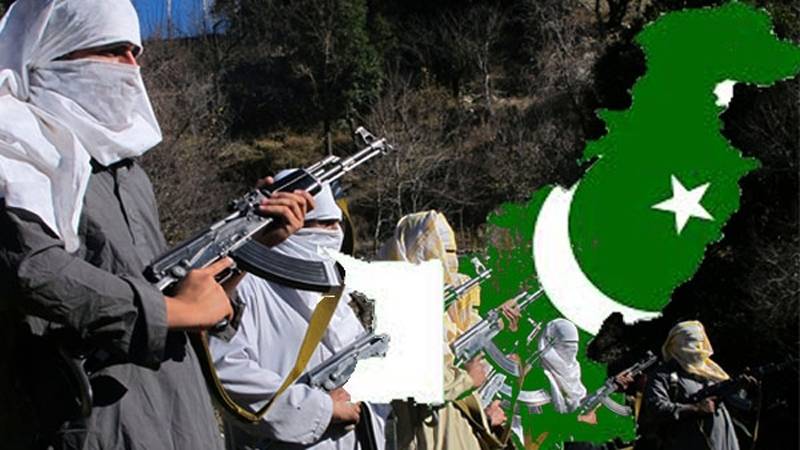 The past two years or so were relatively calm for Pakistan. The calm before the storm maybe, Raheel Sharif had acted where other civilian players should have and in a statesmanlike fashion restored confidence in the state apparatus. The most visible effects of this assertive policy were felt in Pakistan’s largest city Karachi. The anarchy in Karachi was checked and the city witnessed a decrease in political violence which at times eclipsed the insurgency in North West. Successes in the War against Taliban also boosted the nation’s morale. General Raheel Sharif became a popular figure nationwide with many suggesting his popularity was greater than any politician at that time. Pakistan finally gave a sigh of relief when the nonstop bomb blasts decreased in frequency.

Fast forward 2 years, General Raheel Sharif has retired, the new COAS is spreading his roots, the Army seems to be in a reshuffle and Voila! BOOOM! 5 major terrorist attacks within a week shattered all our illusions of everlasting peace. The aftermath was similar, the Armed Forces responded sternly and even the PMLN led civilian government was forced to issue condemnations of the bombings, mandatory visits to the hospitals and announcement of cash rewards for the victims.

Then came the blame game, national anger on security failures was mounting, there was anger at our incompetence in stopping these attacks and the blame was put squarely on the government of Afghanistan and its spy service the NDS in failing to prevent terrorists coming in to Pakistan from their side of the border. The Army claimed that Afghan soil was being used in terrorism against Pakistan. It was announced that Pakistan has provided a list of 80 odd terrorists to Afghan government and they are being pressurized to take action against these individuals. While we expected compliance from Afghanistan, their reply took most of us by surprise. Afghanistan countered with its own list of terrorists living on Pakistani soil and also provided a list of terrorist training camps in Pakistan that they expect to be shut down.

This counter move by Afghans points to deep mistrust between the two governments. Afghanistan believes its troubles stem from Pakistan while we believe that Afghan government is overly allied with India and hence a threat to our interests in the region. We closed the Afghan border, to stop the flow of militants as well as send a signal to Afghans. Maybe the economic blockade would bring them back to their senses since most of Afghanistan’s trade passes through Pakistan. While looking at the region, we tend to take Afghanistan government as a stakeholder without realizing on whose back they are riding. If it isn’t for the International Community and their monetary support the regime in Afghanistan would fall in a matter of months if not weeks. The highly corrupt patronage system is what is keeping it together. A stoppage in money flows at the top would enable a situation similar to 1992 when the then Afghan President was holed up in the UN compound in Kabul.

Afghanistan as such has always been willing to bend for the highest bidder and these days the top bids are either coming from the West or New Delhi. In the new Washington devised geostrategic game plan, India is to be accommodated as long as it is willing to be a thorn in China’s ambitions. China on the other hand will keep tapping Pakistan in order to bog down India. This is how this region has been set up for this century. The growing Pakistan China alliance is perhaps best manifested by the China Pakistan Economic Corridor (CPEC). The policymakers in Pakistan are calling it a “game changer” the huge infrastructural development is based on the Chinese model of “Build it and they will come” and Pakistan has decided to undertake huge infrastructure projects that we hope will bring much needed economic growth and employment to this nation of 200 million people. Our policymakers are working on the growing assumption that Pakistan can best serve itself by becoming a transport and energy corridor. The idea is to link the economies of GCC and Western Asia with Chinese mainland and cut through shipping costs. For Pakistan, CPEC is not just a source of government revenue and economic growth but also security. With many countries’ economic benefits at stake there will be little enthusiasm to cause unrest in Pakistan. This is what conventional wisdom is, that regional economic integration helps prevent conflicts in the long run.

However, there are countries that are also alarmed at this prospect of new emerging economically strong Pakistan. For them, the national interest is in a perpetually weak, unstable Pakistan. Some regional countries and the lone superpower, therefore, do not want to see Pakistan as an economically and politically independent country that can create its own foreign policy without the beggar syndrome it is currently inflicted with. These countries are happy to utilize our labor at meagre wages, suck our savings and bleed us dry. For these countries, terrorist attacks in Pakistan is good news. After all, even our cricket is now being hosted outside Pakistan. Maybe one day, our national assembly sessions and apex committee meetings might also be held outside Pakistan if things are left the way they are.

As part of this strategy to destabilize Pakistan, an alarming new trend is taking shape in Afghanistan. Daesh or Islamic State of Iraq and Syria (ISIS) has out of the blue started to abandon its wars in Iraq and Syria and their fighters have mysteriously reappeared in Afghanistan. Whoever is supporting the logistics is an important question to ask? We have the great news of the liberation of major cities and provinces in Iraq and Syria with western pundits claiming that ISIS is now on its death bed and the loss of Mosul will be a final blow to this group in the Middle East. But what is surprising is that commanders, trainers and fighters of this group who as the West claims have “abandoned” their fight against the governments of Iraq and Syria are mysteriously showing up in Afghanistan. Again the question to be asked is, how are they able to travel so freely between Afghanistan and Iraq/Syria? There are two provinces in Afghanistan where Daesh has now established a presence and it is ironic that these two provinces border Pakistan on the east.

Daesh has carefully established itself between the mountains of Eastern Afghanistan and North Western Pakistan. The destabilizing effects of this situation cannot be underestimated because Daesh sooner or later will have the capability to strike deep into Pakistan as was evidenced by the bomb blast at Sehwan Sharif in Southern province of Sindh and the recent arrest of a female medical student belonging to Hyderabad. This ability to strike inside Pakistan is enabled by their operational base being close to Pakistan border. Surprisingly there has been little action against Daesh by Afghan Army and the US forces stationed in Afghanistan besides the recent much publicized MOAB bombing intended more for psychological purposes rather than military. Besides the obvious target of Pakistan, Daesh has also destabilized Afghanistan by cutting into the ranks of Afghan Taliban fighting the US-led coalition. Afghan Taliban claim to be the legitimate government of Afghanistan as well as the only legitimate group fighting the US-led invasion.

The presence of Daesh is hurting Afghan Taliban as both now have to compete for manpower, resources and legitimization. For American forces, this is good news, the enemy of my enemy is my friend can work as long as Daesh hurts Afghan Taliban. After all, the US claims they lost the war in Afghanistan because of Taliban, so whoever hurts the Taliban helps the US. It is in this context that US forces might tolerate the presence of Daesh in Afghanistan at the moment because it helps them to avoid humiliation at the hands of Afghan Taliban. And this is precisely why Pakistan, as recently reported in Western media, is now approaching China and Russia to solve the Afghan mess as the Americans don’t seem to be serious to resolve the issue and bring back stability to Afghanistan. The board has been set, the moves are to be played, it remains to be seen who will call the Checkmate.

The author is a graduate of the Institute of Business Administration and has worked in the Banking industry for a couple of years specialising in lending to Institutional clients.

Azaad Pakistan: A candle in the storm

Going shopping? Check out our list of top 9 upcoming sales in Pakistan