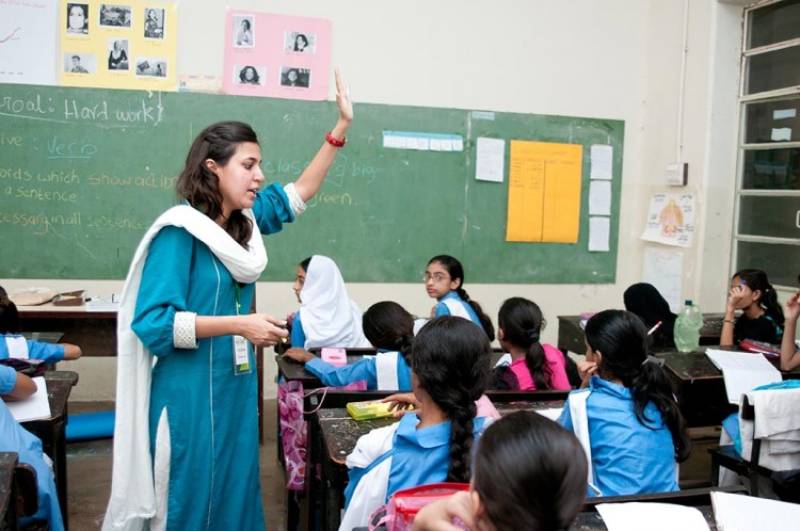 Mistreatment of teachers is in front of everyone

Every government that comes in is playing with the rights of teachers. At present, in government departments, if there is more than one, it is the teachers.

In Azad Kashmir, in recent times, when teachers were protesting for their rights, on the orders of the government, teachers were subjected to the worst kind of torture as if they were trying to get their rights from India.

Got to see the tragic scenes. What progress will the nations make if they beat their leaders in the streets like this?

There is no doubt that this is the age of greed and selfishness, everyone is losing their moral values ​​in their efforts to get ahead in this race. The whole society is in the grip of its ego. Instead of education, education is left for education and education is considered a joke. The best teachers are needed to build a trained society, but unfortunately the lust for power and the race for interests have kept the rulers away from the betterment of the people. Where will these best teachers come from?

They are humiliating the good teachers in every possible way. By the way, every department and institution is taking the last sobs of its death, except where the educational institutions have reached the stage of making their teachers bearded and poor. Don’t know the importance of education, there is no hope of any kind of development and prosperity.

The Pakistan Tehreek-e-Insaf (PTI) government has created mountains of problems since it came to power. Everyone is stuck in a quagmire of problems. Inflation, unemployment, compulsion and poverty are reaching extremes. In these circumstances, teachers have also been affected. That is why all the teachers across Punjab and Azad Kashmir teachers went on strike. Clerks, Class IV employees and non-teaching staff also joined the protest. They were talking about increasing their salaries, demanding utility allowances, regular contract employees and new recruitments for vacant seats.

According to Azad Kashmir education policy, at present primary and the educational qualification of a junior teacher should be BA & B Ad while the scale should be B14 and B16. But at present in Kashmir, after NTS, highly educated people are associated with the education department. The independent government followed a part of the policy and made highly educated people part of the policy but even today teachers are working on B7 and B9 scale.

Even today MPhil pass teacher is working on a salary of Rs 18,000 while allowances are almost non-existent.

In today’s modern time when the world is spending more and more budget on education but unfortunately it is our governments that are cutting the budget for our education department further.

These demands are not wrong, because in this age of inflation, the financially distressed teacher will not educate and train the children.

But in response, they faced the worst violence. All the world saw. The police beat them as if they were supposed to kill them.

The government should give B14 and B16 to the teachers of Azad Kashmir as well as all over Pakistan so that the frustration and sense of deprivation among the teachers can be eradicated. If the government takes such a step, teachers will be able to run their lives and other affairs well in today’s era of high prices. The government and the government need to pay attention to this important issue.