Are we ready for our future? It's just around the corner! 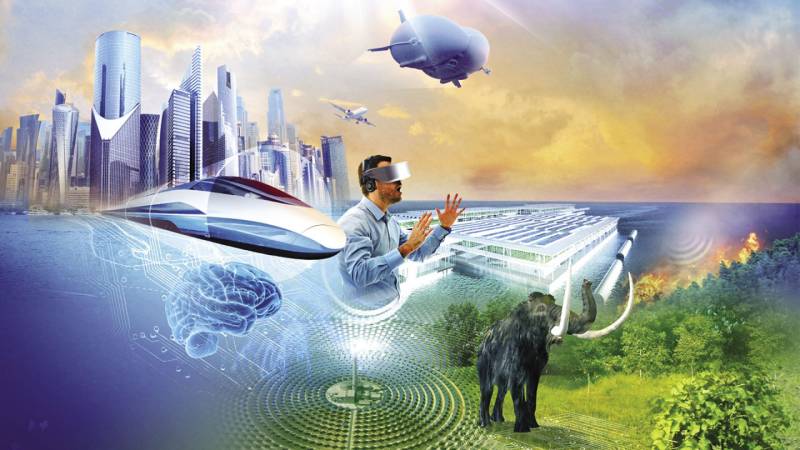 Are we ready for our future?? It’s just around the corner!!

Hold on to the reins of your horses, guys. There is a bumpy ride just around the corner.

We all need to know this if we really want to breeze through this rollercoaster ride.

Sophisticated computer algorithms and hardware fused with unorthodox business ideas are about to change the way how humanity lives and works. Thought the computer revolution was done and dusted in the 90s? That was just a prelude to what is about to come. The real deal is on its way.

Picture this: Uber is just a piece of software, but it is also the biggest taxi company in the world, and it does not own a single taxi.

Airbnb is the biggest lodging company in the world, without actually owning a single room or any property.

How did that happen? The answer is simple: smart business models coupled with hi-tech tools will transform traditional industries in the next few years.

Higher computing power and artificial intelligence will enable machines to understand humans and this world much better than humans themselves.

The other day I saw a robot dispensing medications on every floor of a multi-story hospital, using elevators to get to different floors, all on its own. I tried to say “hello” to him, but he had no emotions.

We already have a monster called “IBM Watson”. This guy combines artificial intelligence and analytical software that helps it to answer questions using a complex cognitive ability to comprehend wordplay, even better than most humans.

So if you need legal advice, you can get that from IBM Watson at a fraction of a fee that a lawyer would charge. I am hoping that it will eliminate 90% of the lawyers from society.

Watson is also very active in the healthcare industry, and is being used to diagnose chronic diseases.

Facebook uses pattern recognition software that can recognize faces better than most humans. It is estimated that by 2030, computers will become more intelligent than humans.

The industry in which artificial intelligence is expected to make the most difference in the near future is the automobile industry. By 2020, self-driven cars will be available in the market to buy, disrupting the whole auto industry. Car ownership will become extinct as you will call a car with an app on the phone and it will take you to your destination.

No parking headaches, no traffic fatigue, and you can even watch a movie while the car drives you to your destination. I don’t think my grandchild will ever need to have a driver’s license.

All traditional car companies will become bankrupt unless they catch up, while tech giants like Apple, Google and Tesla will create a revolutionary computer on wheels to transport us.

With that much sophistication, auto accidents will be almost negligible, which means that the car insurance industry is sure to go bust too.

Our next turn in this roller coaster ride is the medical field where devices like medical tricorder will enable everyone to scan their body and self-diagnose their medical conditions and basic vitals within seconds.

As we continue on our adventure, the next big bend and twist is 3-D printing which is already revolutionizing many industries. 3-D scanning technology is already being deployed to deliver everything from human shoes to airplane spare parts, and it even has the ability to create a multi-story building.

With this rapid change, around 70% of the jobs as we know them will disappear. However this also creates the opportunities for many new kinds of jobs, for which an entirely different skill set will be required. Those of us who are able to upgrade their skills base will go very far, while those that are unable or unwilling to will be left far behind.

Robots in the agriculture industry will revolutionize efficiency, thus producing more food for the world’s population.

And this one is my favorite! By 2020, we will have smart phone apps that can tell whether we are lying, just be looking at our facial expressions. No more Saas Bahu politics. This app will keep a check on every one.

Currency notes and coins will be a thing of the past, as they are replaced by Bitcoin as the default reserve currency ... of the world!

Robots replacing human soldiers will take us back to the time where swordsmen were fighting fire-breathing cannons.

With Khan Academy already gaining dominance as the free education tool around the world, it is expected that more tools will follow.

Already, platforms such as Udemy, Lynda and Coursera are offering any and all kinds of courses, allowing anyone to learn anything they way.

Eventually, the need to go to college, school or university will be eliminated. You will sit back and relax in your pajamas at home and still get a world-class education. This will definitely eliminate the private educational institution mafia in Pakistan.

So folks, we still have no idea how complex this roller coaster is going to be or where this ride will eventually take us, but one thing is for sure: it is going to be a heck of a ride.

Take care of your health so you can live longer to experience this ride, though!