We already agree that there exists a combination of words that, if said in a right sequence, makes you deserve death. 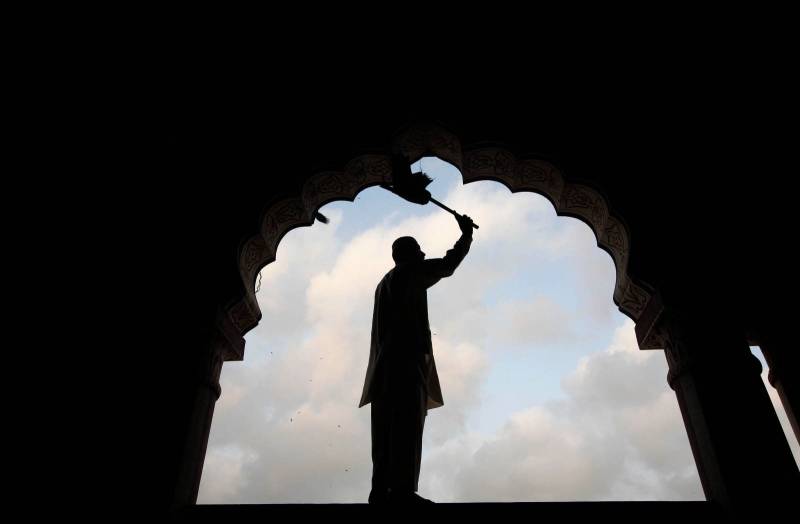 If we, as a society, want someone dead because of some words they said then we should:

a. Be very clear on what those words are

b. Ensure that a person who has not actually said those words does not receive any punishment

We already agree that there exists a combination of words that, if said in a right sequence, makes you deserve death. From our presidents to lawmakers to scientists to accountants - people from all walks of life agree that such a combination exists. We have coded it into law. Not only we have coded it into law, we have killed people who have even talked about changing that law.

This law exists, and if this law exists, it must work. What many people who advocate abolishing these laws or making them ineffectual don’t realize is that if the blasphemy laws are abolished we will see even worse vigilantism against alleged blasphemers. This is the kind of issue that people are obviously ready to kill, die and break all laws for. Such people will always exist until Muslims, as a nation, regain their dignity at the global stage and, more importantly, in their own eyes. I don't see this happening anytime soon.

Till then, to minimize damage there are certain steps we can take. The most urgent and most important step we need to take is to make the blasphemy law stronger by bringing it closer to Quran and Sunnah.

And do not insult those they invoke other than Allah , lest they insult Allah in enmity without knowledge. Thus We have made pleasing to every community their deeds. Then to their Lord is their return, and He will inform them about what they used to do.

It is clear that according to the Quran and Sunnah to insult deities and holy personalities of other religions is akin to inviting insult against our own holy figures. Therefore when a Muslim insults any other religion’s holy figure, after Quran's clear instructions against it, the retaliation he invites is his own fault and he shares much greater burden of blasphemy that occurs in response to his provocation.

Such a person should also be tried under blasphemy law and should also face the death penalty.

A blasphemy, i.e an insult to a holy figure, does not take place until the blasphemer utters it. In cases of false accusation, blasphemy is not uttered by the accused but the accuser, therefore he must be held responsible for it. By this reasoning, any false accuser is also a blasphemer, and if the accuser is proven to be false during trial then the accuser must immediately be put on trial. This can also be extended to false witnesses in such cases.

Only by labeling a false accuser as blasphemer and making him also face the death sentence can false accusation be truly discouraged.

Those who oppose blasphemy law and want to abolish or amend it because they believe no person should be put to death just for saying something will not succeed in Pakistan of the current year. Not only will they not succeed they will complicate matters further. At this point we should be able to understand that the blasphemy law is here to stay for the time being and our priority should be to minimize the loss of life at the hands of vigilante mobs.

The solution, therefore, is not a weaker blasphemy law but a stronger set of laws that not only discourage blasphemy but also the provocation and false accusation of it.