Even if you are uncomfortable, try to empathise with gay and transgender people 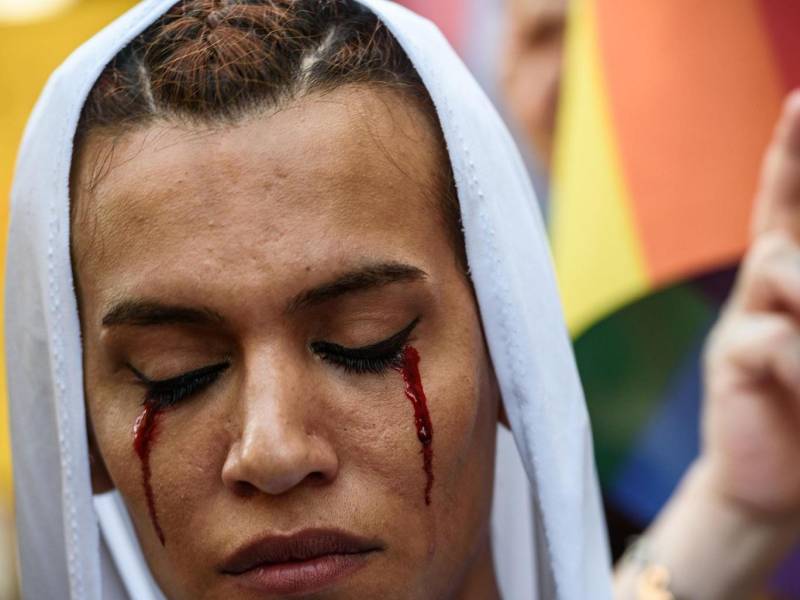 This is a slightly silly example, but bear with me.

A few months ago, I was performing in a play in London. For this play, I was told that I had to wear trousers. I was incredibly uncomfortable with this as I haven’t worn jeans since I was 15: I feel deeply awkward with my legs on show. When I wear trousers, I don’t feel I look like me in the mirror, I don’t feel that I move the same way, I feel ugly and I feel unfeminine.

This might sound silly, but imagine if I forced you to wear a bikini to work: you might well feel uncomfortable and exposed. That’s how I felt. I felt so awful in jeans- as silly as it sounds- that I took them off ten minutes after the show and switched to my usual skirts.

Now imagine NEVER being able to put a skirt back on.

Imagine, every day, having to wear those jeans, or that bikini, and feeling wrong and uncomfortable with your body. Imagine desperately wanting, more than anything, to look and feel like you in the mirror. Imagine, further than just clothing, you constantly had to hide the way you spoke, your interactions, your crushes, your interests and your hobbies because they were considered ‘not normal’ in your gender.

That is a reality for millions of gay men and woman, and thousands of transgender and gender fluid individuals across the world. Endlessly feeling uncomfortable in what you had to wear and how you had to act and hide. You aren’t thinking or feeling anything wrong- God knows I’m entitled not to wear jeans if I don’t want to, same as a man can choose to wear a dress- but society has rules around what a man does, and what a woman does.

And that pressure causes depression, suicide and anxiety for millions of people. Hiding what you want to wear or look like is somewhat achievable, but hiding who you love and who you are is so much harder. It is psychologically toxic to lock up your gender identity or sexuality up for decades. Many gay and transgender people in communities where they can’t exhibit their normal behaviours end up killing themselves.

These are normal people. There are gay and transgender members of every culture, ethnicity and religion on earth. This isn’t some new western colonialist lie. This is something that is, due to the internet and increased liberalism, is finally beginning to be talked about. These are people who aren’t insane or wicked. They simply love the same gender, or are secretly another gender on the inside.

But it is killing them to ignore gay and transgender people’s needs.

If you can do nothing else, just be kind.

The author is a journalist and anthropologist, English, Jewish. Interested in religion and women's rights. She can be reached at m.l.hanson@Outlook.com