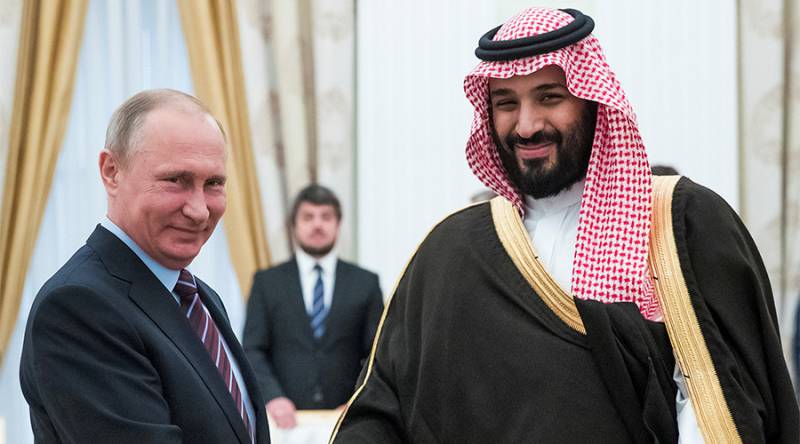 This is very significant and “our coordinated actions helped stabilize the situation on the world hydrocarbons market,” Putin said Tuesday at the Kremlin meeting.

“We’re grateful for your initiative to work together on joint actions between OPEC countries and non-members,” added the Russian President.

Putin said that after a lull in business between the two, this year trade between Russia and Saudi Arabia had grown 130 percent.

The Organization of the Petroleum Exporting Countries (OPEC) and other oil producers lead by Russia, agreed last week to cut oil production until the end of the first quarter of 2018, nine months longer than originally planned.

However, crude prices have been sliding since the deal was reached as investors were disappointed the meeting did not produce deeper cuts.

Oil prices were significantly down on Tuesday, with Brent crude trading nearly a dollar lower at $51.29 per barrel. US West Texas Intermediate (WTI) was down 63 cents at $49.17.

After Qatar, Saudi Arabia ready to invest $1billion in Pakistan