India losing its unnecessary media war with Pakistan over Kashmir 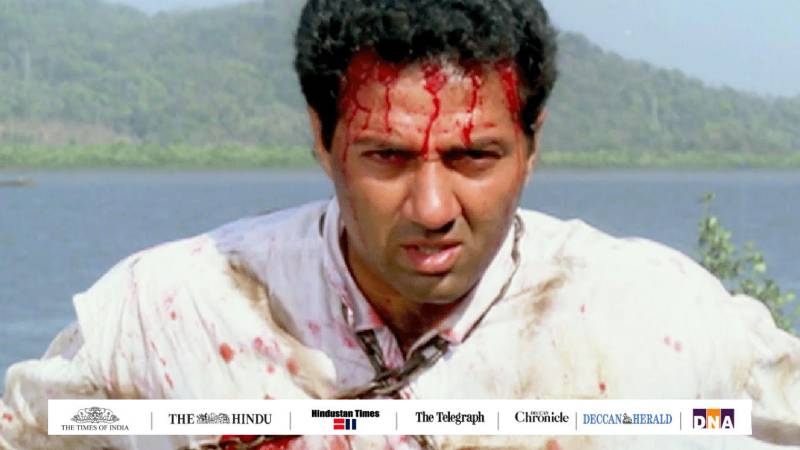 India's mainstream media seems to be on a special mission this week.

The mission does not involve shrilly parroting the state's narrative on national issues. The Indian media doesn't have to be specially asked to do that. Times Now anchor and one of India's most visible journalists, Arnab Goswami does it everyday on prime time and people take it in their stride.

Media outlets around the world, in fact, parrot the official line of their respective government's, especially on national security issues. The American and British did this when both countries were being drummed up into a frenzy before the Iraq war. And the Pakistani media is no different.

But the mainstream Indian media set itself apart this week with a series of articles on events from this side of the Line of Control. In these reports, the media went beyond simply toeing the state's official line on Kashmir and broke new ground by actually cooking up facts on the fly.

Since the ongoing wave of civil unrest in Indian-held Kashmir began more than two weeks ago, the Indian government has been losing international support for its stance on the disputed territory. The American government and the UN have both expressed concern at the situation and called for an end to the violence. And, the issue has been widely covered in the international media this time, unlike previous instances of clashes between Kashmiri protesters and Indian forces.

The Indian media now seems desperate to turn the growing tide of global opinion in the country's favor once again, and has begun cooking up stories to distract the world from their state's decades-long suppression of Kashmiri voices calling for freedom.

One example is a report published in the Times of India today. The report claims that civil unrest has been brewing on the Pakistani side of the LoC after recent "rigged" Legislative Assembly elections. As evidence, the report relies on a video of Kashmiri protesters defacing posters of local politicians.

However, the video is at least a few months old. A close viewing of the video's final 20 seconds shows that it was taken during the outgoing government's tenure, as it shows one protester spraying graffiti on a poster of Chaudhry Abdul Majeed, the outgoing Prime Minister of AJK. If the protesters in the video were actually decrying the results of the recently held AJK elections, then they wouldn't be defacing an image of the outgoing premier, whose party lost the elections by a landslide.

Of course, it is likely that the Indian media outlets didn't even realize that the video was old. Still, the way in which the video was covered and the timing of its release already betrays enough about their intent. After all, why else did the two Indian media outlets become concerned about unrest in Pakistan-administered Kashmir now, if not to distract from whatever is currently happening on their side of the LoC now that global opinion has turned against India?

An open letter on the Being Indian blog seems even more hellbent on sidetracking the issue. Reacting to the popular online campaign by activist group Never Forget Pakistan (NFP), the open letter urges Pakistanis to forget about Kashmir and focus on its own growing internal problems. It is also accompanied by a series of inappropriate and irrelevant pictures, styled after the NFP campaign, which transposed images of Indian celebrities with the crippling pellet gun wounds suffered by Kashmiris in the recent wave of unrest.

While some of the problems mentioned in the letter like the resistance to girls' education and the lack of government accountability, especially within military regimes, are genuine, it makes no sense whatsoever to raise these issues in the context of Kashmir. The fact that an Indian outlet chose to do this is a sign of how insecure the media in general is about falling behind in the fight for global sympathies.

But, in today's world, is a fight like this even necessary anymore? Maybe this fight would have been useful in the cold war era, when state propaganda was of central importance to news reporting in most countries. But with the mushrooming of private media around the world, no one country can exert complete control on the global narrative any more, although some countries are more effective at doing this than others.

In this context, there may still be some value for Indian news outlets in toeing the state's line on Kashmir. But there is absolutely no value in cooking up stories to support this line. In the new media environment, such stories can be exposed as false, faster than ever before and may even invite ridicule on the global stage.

Controlling the media to the point that it feels compelled to carry such reports, on the part of government, is even more pointless. Already, the mainstream media's shameless parroting of the Indian government's stance has invited criticism from left-leaning outlets in the country.

The strategy of restricting the media's access in areas like Kashmir is also doomed to fail. For every news outlet like Al-Jazeera that the Indian government blocks from reporting on Kashmir, there is a brave journalist like Barkha Dutt, who pursues the truth regardless of the state's objectives. And for every fake story trying to shift the focus from India onto Pakistan, there are articles in left-leaning publications like Kafila and Caravan that highlight what the Indian government is actually doing in the occupied zone.