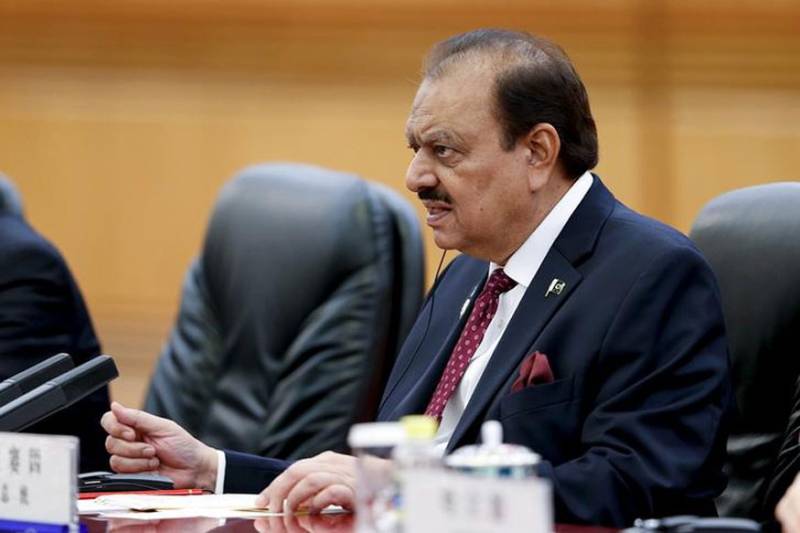 ISLAMABAD - President Mamnoon Hussian has finally endorsed the landmark Fata-KP merger bill, turning it into a law, on Thursday.

The bill titled Thirty-First Amendment Act, 2018 was approved by both the chambers of the parliament as well as the KP Assembly; it was signed by the president at a special ceremony attended by KP Governor Iqbal Zafar Jhagra, head of Fata Reforms Committee Sartaj Aziz and National Security Adviser Nasir Janjua.

Senate Chairman Sadiq Sanjrani had forwarded the bill to the president on Tuesday to effectively turn in into a law.

Addressing the ceremony, President Mamnoon Hussain felicitated the people of Fata, saying that now they also enjoy the same rights available to other citizens of the country.

He expressed hope that after the merger with KP, Fata will enter a new era of development and prosperity. The president also expressed the hope that the move would bring greater stability to the region.

The legislation seeks an amendment to Article 1 of the Constitution, which describes Pakistan’s territory and mentions Fata as a separate entity along with other four provinces.

It also seeks to amend Articles 51 and 106, which specify the number of seats allocated to each of the provinces.

The KP assembly will now have 145 seats, including 115 general, 26 reserved for women and four for minorities.

Fata will have 21 seats in the KP Assembly, including 16 general, four for women and one reserved for non-Muslims.

Articles 246 and 247 will be amended ending the control of the president on the Fata.