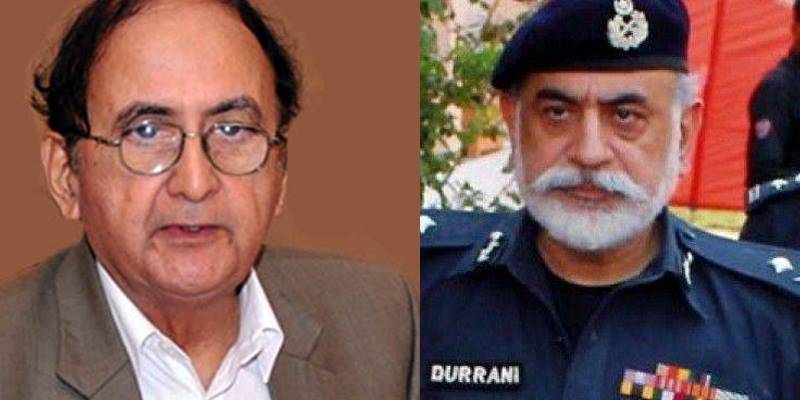 LAHORE - A day after backtracking from the nomination of Nasir Saeed Khosa as the caretaker of the chief minister of Punjab, Pakistan Tehreek-e-Insaf has put forth names of Nasir Durrani and Hassan Askari Rizvi for the said post.

Nasir Durrani has served as the Inspector General Police (IGP) Khyber Pakhtunkhwa while Hassan Askari Rizvi is a famed economist and political analyst, who regularly shows up in television programmes.

Earlier, Pakistan Tehreek-e-Insaf withdrew its nomination of Nasir Khosa for the top post of the province, citing the decision was taken in haste.

The leader of the Opposition in the Punjab Assembly, Mian Mehmood ur Rasheed had expressed that the decision was taken back due to the comments posted against Khosa on the social media.

In a TV show, the politician claimed that the name was originally put forth by party chief, Imran Khan, admitting that the party should have shown maturity in nominating the former bureaucrat.

Nasir Khan Durrani was appointed police chief of KP in September 2013 and he retired in March 2017. He is widely hailed for restructuring the police of violence-battered Khyber Pakhtunkhwa province. Currently, he is the member of Punjab Public Service Commission (PPSC).

Meanwhile, the Punjab Assembly would be dissolved tonight after the incumbent Pakistan Muslim league Nawaz government completes its stint.