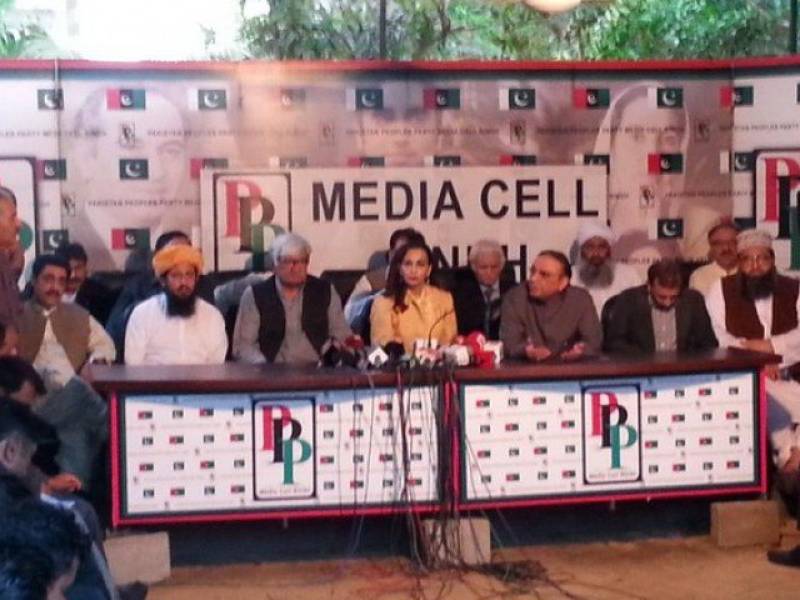 KARACHI (Web Desk) - Opposition parties on Wednesday called for the government to convene an all-party conference and joint sitting of the Parliament to discuss the Yemen crisis.

Leaders of the PPP, ANP, MQM, JUI-F and BNP-A attended the meeting, which was held at Bilawal House in Karachi.

PPP Co-Chairman and former President Ali Zardari presided over the meeting, which expressed grave concerns over the situation in the Middle East and its implications for the region and also for Pakistan.

According to a joint statement, opposition parties expressed concerns over the recent developments, saying the stability and integrity of Gulf and all countries in the Middle East was of paramount importance and called for resolving the present crisis through dialogue and negotiations.

“The meeting expressed the firm belief that the centrality of Saudi Arabia was pivotal for the Muslims of the Word and that our response should reflect this belief.

“The meeting also stated that the gravity of the situation demanded that no one individual to take any unilateral decision without broad-based discussion and consultation with all political parties and stakeholders.”

Speaking to media persons, Zardari said that 1.5 million Pakistanis were working in Saudi Arabia and 500, 000 were in other Gulf countries. He said that PPP always stressed on the need to dialogue. “The security of all Gulf countries is important for us,” he said.