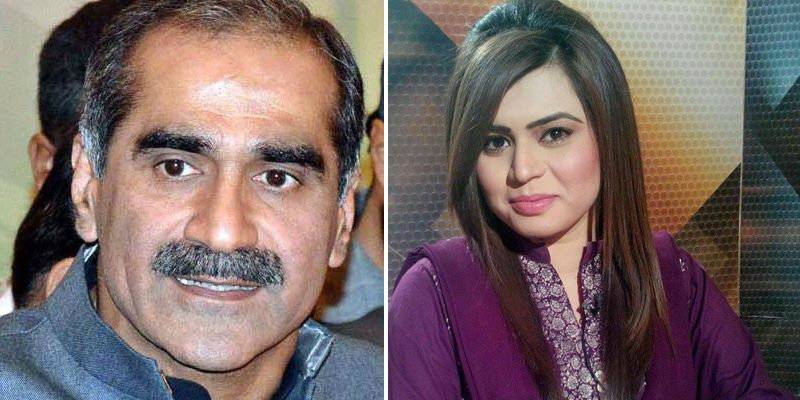 LAHORE - Pakistan's Railways Minister Khawaja Saad Rafique has reportedly tied the knot with a TV show host, without the consent of his first wife.

When the news reached his first wife, Ms Ghazala Saad, she became furious and threatened Mr. Rafique to leave the house and her children.

She completed her MBBS from Abbottabad Medical College and hails from Wah Cantonment.

The minister’s personal assistant says he is ‘unaware of the development’.

LAHORE - A senior leader of Pakistan Muslim League-Nawaz (PML-N) on Thursday disclosed his second marriage with a PTV ...

“A PML-N minister in federal government has married a PTV programme host in Islamabad. However, the news is being kept a secret,” Azizi hinted during the show which runs on Dunya TV.

However, the report is still to be confirmed by independent sources.