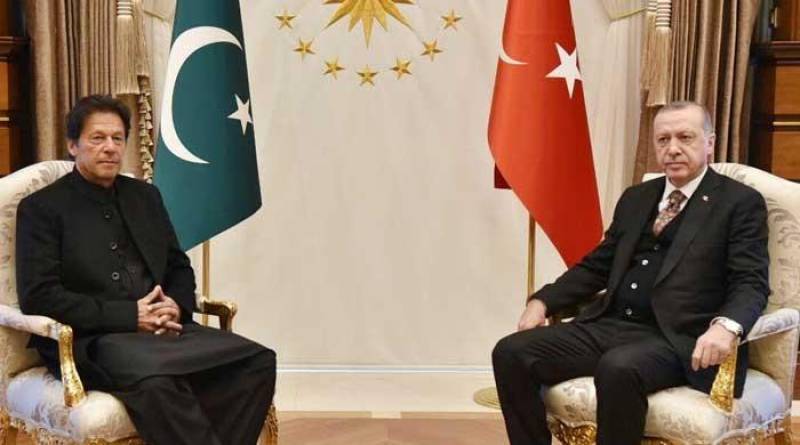 The prime minister took to Twitter and felicitated the Turkish leader as the results for local polls started pouring in.

I am delighted to congratulate friend of Pakistan Recep Tayyip Erdogan on another important victory in the Turkish local elections. The people of Pakistan wish him many more successes.

The people of Pakistan wish him many more successes, the PM further added.

Earlier, in a victory speech, Erdogan said 56 percent of municipalities in Turkey will be run by his AKP.

"I would like to thank all my citizens, especially our Kurdish brothers, for showing sensitivity toward the issue of survival," he said.

Turkey's ruling party is ahead in the race with 16 metropolitan municipalities and 24 cities claimed by its candidates, according to unofficial results, however, it lost the mayoral elections in Ankara, the capital.

For Ankara, Erdogan faced a blow at the hands of secular People’s Republican party (CHP) mayoral candidate, Mansur Yavaş as party leader Kemal Kilicdaroglu claimed his party’s victory in the mayoral elections in Izmir as well, though final results are awaited.

Mansur Yavas obtained 50.9 percent of the vote, while AKP’s Mehmet Ozhaseki had won 47.06 percent, with 99.8 percent of the ballots counted, the Hurriyet Daily news reported.

Though the results for capital are worrying for the president, all is not over for the AKP leader as the People’s Alliance led by the party has won 51.7 percent of the nationwide vote, according to unofficial results.

On the other hand, The Nation Alliance, led by Republican People’s Party (CHP), bagged 37.6 percent nationwide.