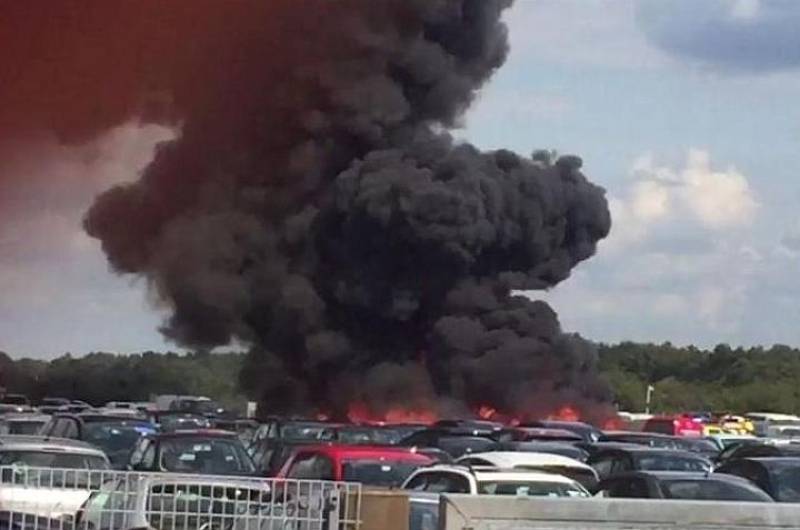 LONDON (Web Desk) - The sister and stepmother of Al-Qaeda leader Osama bin Laden have been reported dead after a business jet crashed at a private airport and ploughed into a car auction centre in Hampshire, a county in southern coast of England.

However, the identities of the victims were not revealed, reported The Guardian.

The Saudi embassy said it was working with British authorities to investigate the incident and to ensure the speedy handover of the bodies for funerals and burials in Saudi Arabia.