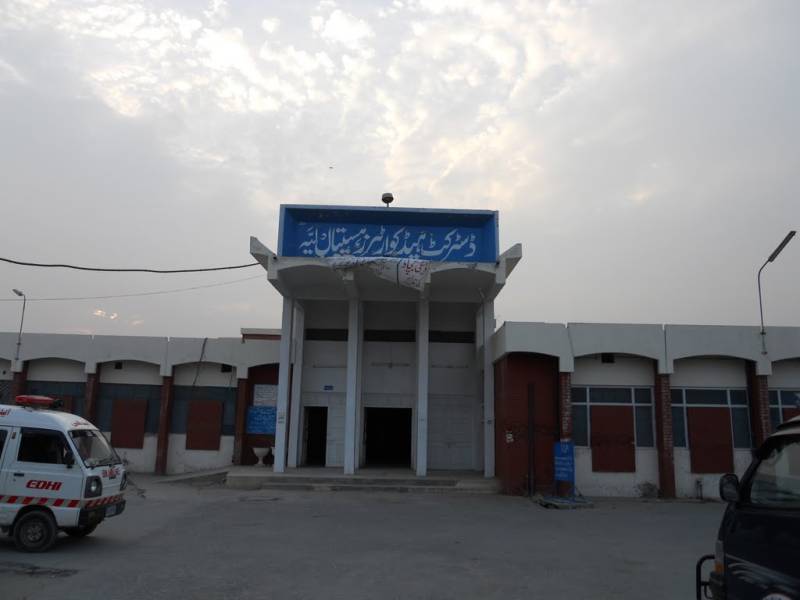 LAYYAH - The Mian Nawaz Sharif hospital in Layyah, which was constructed in 2009, has still not been made functional years after its completion, according to a report by the Chief Minister's Inquiry Team (CMIT) which has exposed huge corruption in the project.

CMIT, under orders from Shahbaz Sharif, conducted the investigation to expose the corruption of health officers and found massive irregularities specially in the purchasing department, which bought machinery at 600 times the market rate.

Machinery including ECG machines, a dental unit, oxygen cylinders, an auto clave machine, a diathermy machine, air conditioners, a section machine, and a 100-KV generator were bought at a higher rate than market prices. They were also said to be defective and of substandard quality, according to the CMIT report.

The reports identified 12 officers, deployed during completion, including three executive district officers (EDOs), responsible for the irregularities and corruption.

In light of the report, Dr Sajad Sarwar and MS Aqeel Khanzada are being suspended while EDO Dr Mukhtiar Hussain has been appointed as Director General Health Punjab. However, all remaining corrupt officers have been allowed to continue in their jobs.

In related news, the hospital ,which is an extension of District Headquarters (DHQ) Hospital Layyah, has been provided three ambulance fully equipped to handle heart patients.