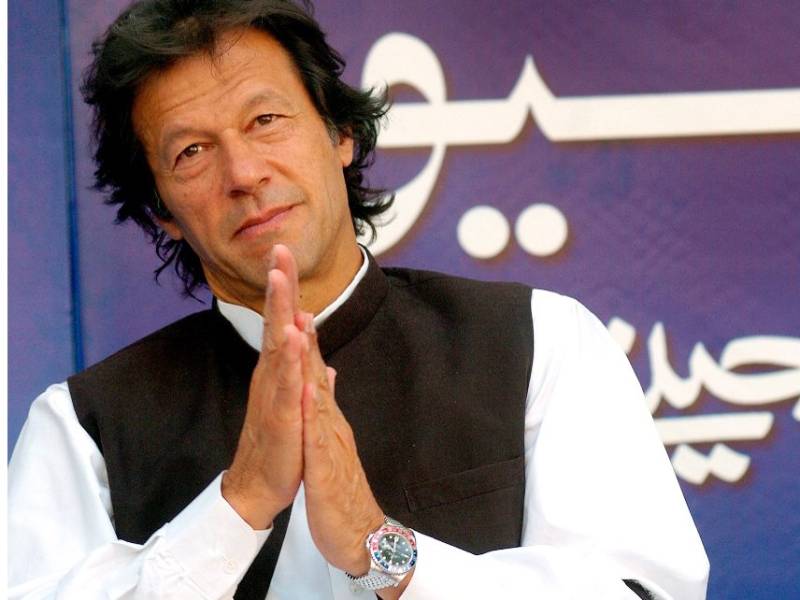 ISLAMABAD - A contempt of court petition has been filed in the Supreme Court against Paksitan Tehreek-i-Insaf (PTI) chairman Imran Khan for revealing that a sitting SC judge of top court 'asked him to come to court' regarding Panama case in November last year.

Senator Mohammad Ali Saif of the Muttahida Qaumi Movement filed the petition on Monday alleging that Mr Khan had in his interview said that during the course of their agitation against Nawaz Sharif and his government in the wake of the Panama Papers leaks, he had been asked by the SC judge to approach him against the government. It said the PTI chief had repeated the same allegation while addressing a public gathering in Islamabad on July 30.

ISLAMABAD - Days after the Supreme Court sent Nawaz Sharif packing for not being honest to the nation, Pakistan ...

"Mr Khan’s statements in the interview as well as at the public gathering on Sunday were an attempt to malign, scandalise and tarnish the image, integrity and reputation of the judiciary in general and the judges in particular," the petition argued.

It said the grave act of Mr Khan had endangered the integrity of the Supreme Court and, therefore, he should be proceeded against under Article 204 of the Constitution dealing with contempt of court.

Meanwhile, in a Twitter message on Sunday, Mr Khan clarified that during the interview he was referring to the comments of Justice Asif Saeed Khosa who, during the proceedings in the open court, had stated that the SC was a supreme forum to resolve conflicts.

A deliberate attempt is being made to distort what I said in an interview. I was referring to the comments below of Justice Asif Khosa pic.twitter.com/ZzL1hnHUuS