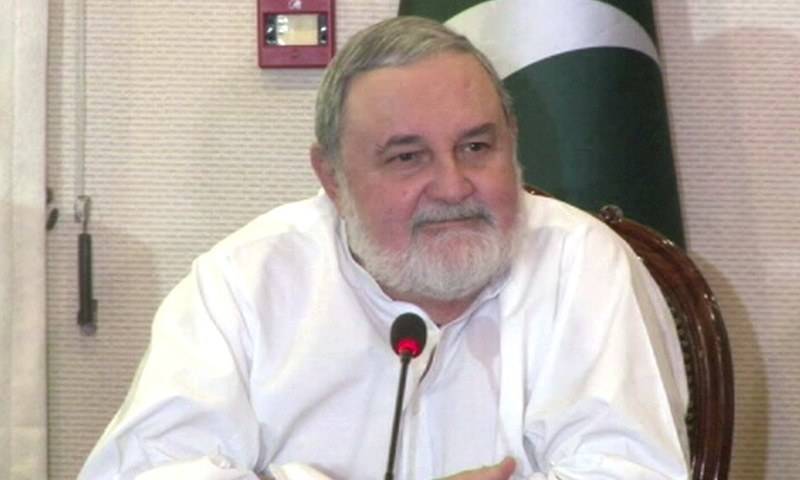 ISLAMABAD - Interim Foreign Minister Abdullah Hussain Haroon on Wednesday rejected as "completely inappropriate" the US' warning to the IMF against giving Pakistan a fresh bailout to repay Chinese lenders, asserting that Islamabad was "determined" to complete the $50 billion CPEC.

"Make no mistake, we will be watching what the IMF does," US Secretary of State Mike Pompeo told CNBC in an interview yesterday.

"There's no rationale for IMF tax dollars and associated with that, American dollars that are part of the IMF funding for those to go to bail out Chinese bondholders or China itself," Pompeo while responding to a question on reports that cash-starved Pakistan was drawing up a plan to seek a massive USD 12 billion bailout package from the International Monetary Fund (IMF).

Reacting sharply to Pompeo's statement, the interim foreign minister said it was "completely inappropriate" and the Pakistan government did not want any third party intervention in the China-Pakistan Economic Corridor (CPEC).

"Why I believe that this statement is completely inappropriate is because China holds $3 billion in American deposited bonds and reserves and I am a little bewildered as to why this [Pompeo's statement] needed to be said," Haroon said at a media briefing here.

He said that the Pakistan government is determined to complete the CPEC projects and that "there is absolutely no reason for anyone to intervene in the (China-Pakistan) relationship".

"It is the stated position of this government that it is totally wrong to link any IMF package with CPEC," he said. "Third parties cannot weaken our collective resolve to make the CPEC a success story," Haroon added.

The CPEC is a network of infrastructure projects that are currently under construction throughout Pakistan that will connect China's remote Xinjiang province with Gwadar port in Pakistan's Balochistan province.

Haroon said China already invested hundreds of billions of dollars in the Belt and Road Initiative (BRI) of President Xi Jinping and intends to spend more and the CPEC was one of the most important aspects of the BRI.

He said nine out of 18 Special Economic Zones, to be built under the BRI, will be in Pakistan. He said it shows the importance of Pakistan and the CPEC.

Haroon also stated that the present caretaker government does not have a mandate to decide on any IMF package, which is why it made no sense for the US to raise the issue at this point in time.

He also asked how relations between the US and Pakistan can improve when the Financial Action Task Force (FATF) is throttling Pakistan's neck.

Pakistan's economy is under severe pressure due to current account deficit and analysts believe that sooner or later it would have to seek assistance from the IMF.

The IMF has said that so far it has not received any such request from Pakistan. Cash-strapped Pakistan has availed of 14 IMF financing programmes since 1980.

Pakistan needs about $3 billion in the next few months to avoid defaulting on loans from IMF, China and the World Bank.

Pakistan currently has around $5 billion worth of loans from China.

Much of this has been used to fund major infrastructure projects under the $50 billion CPEC.

Key Trump administration officials are opposed to China wooing some developing countries with so much debt. They fear China is using loans and debt to gain influence over poorer states.

"We're looking for partnerships. Others choose to behave differently."

He added: "We want these to be commercially available projects led by the American private sector.