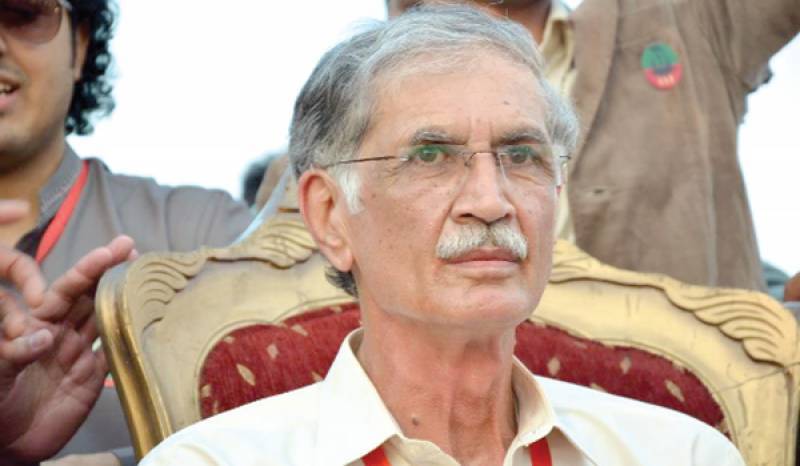 ISLAMABAD - Pervaiz Khattak, the former chief minister of Khyber Pakhtunkhwa and central leader of  Pakistan Tehreek-e-Insaf (PTI), tendered an unconditional apology to the Election Commission of Pakistan for using foul language during the fraught election campaign.

During the hearing of the case on Wednesday, Chief Election Commissioner (CEC) Justice Sardar Muhammad Raza Khan observed that the PTI leader had used certain objectionable statements in his speeches including derogatory remarks against women.

A member of ECP also highlighted that the politician did not show up before the electoral body today.

On the other hand, the PTI leader's legal counsel Sikandar Bashir informed the court that Khattak had already apologized for his statements.

"Khattak appeared on a programme on Geo News where he explained his statements and issued an apology," the lawyer contended.

The election commission then ordered Khattak's counsel to submit the details regarding his client's media apology.

The hearing was then adjourned till August 9, when ECP will announce its verdict on the case.

In the hearing on July 21, ECP had linked Khattak's election result to the case's verdict. If found guilty, Khattak may not be able to keep his seat in the National Assembly. The PTI leader bagged 82,118 votes to win polls from NA 25 Nowshera 1.